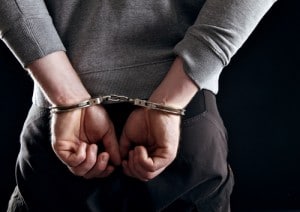 South Carolina police officers in Fort Mill have arrested and charged a respected former dance instructor with two charges of criminal sexual conduct with a minor, just one week after he faced charges of statutory rape in North Carolina.

Edgar “Eddie” Mabry was transferred to a York County jail after he failed to make bond.

The criminal sexual conduct with a minor charges stem from accusations of a former student and employee of Mabry’s, who alleges that Mabry sexually assaulted him as far back as 2007, when the student was 14. He added that Mabry had been teaching him dance since the student was 7 years old.

His North Carolina criminal sexual conduct charges also include an accusation of sexual assault at one of the studios.

Mabry has pleaded not guilty to the North Carolina charges through his attorney in that state. He has reported hired a South Carolina attorney, but there has been no word yet on court dates.

The former dance instructor is well-respected among the dance community in both states, and has no other criminal history. He taught dance classes at Winthrop in Rock Hill, NC for several years, and ran Eddie Mabry Talent in Fort Mill, SC for two decades. The studio was closed for one week while Mabry dealt with his NC criminal sexual conduct charges, but has reopened with other instructors teaching the classes.

“The parents and participants wanted to continue, so we agreed,” a spokesman for Eddie Mabry Talent reported.

Charges of Criminal Sexual Conduct with a Minor in South Carolina

Depending on the age of the alleged victim at the time of the assault, how often the reported sexual assaults occurred, and whether or not you have a previous criminal record, you could face increasing penalties like jail time and fines or financial restitution to the victim. You could have to register with the Sex Offender Registry, which can be a permanent scar on your personal record. Even if this is the first time you face charges of criminal sexual conduct, you could spend the rest of your life trying to clear your name.

Even being charged with the intention to commit lewd acts with a minor counts as a charge of criminal sexual conduct with a minor.

If you face criminal sexual conduct charges, including with a minor, or intention to commit lewd acts with a minor, you could feel lost or alone. The South Carolina criminal defense attorneys at the Strom Law Firm understand how serious these charges can be and will fight for your rights in court. We offer one free, confidential case evaluation to discuss the charges you face, so contact us today for help. 803.252.4800