Daughter and Grandson of Lexington County Senator Caught in Fight on Tape, but No Assault Charges Pressed 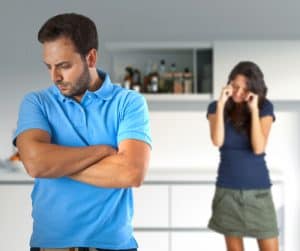 Victim Decided Not To Press Assault Charges in Lexington County

On February 1st, the 16-year-old grandson of Knotts confronted the victim, who went to school with him, in the restaurant. According to the Lexington County police, the two boys were involved in an altercation earlier that day in school. They were counseled by the SRO, then sent on their way. At the restaurant, Knott’s grandson got up out of his booth and began attacking in the victim.

Nikki Rodgers, Knott’s daughter and the boy’s mother, is the director of Lexington County Emergency 911 system.

One video angle shows Rodger’s son attacking the victim, then Rodgers getting out of the booth; another angle shows the fight, with Rodgers and five other restaurant patrons attempting to pull the two boys apart. However, once the boys were separated, Rodgers used her right hand to punch the victim.

She claimed the punch was in self defense. The victim claims that Rodgers punched him in the neck. However, he decided he did not want to press charges against Rodgers or her son.

Video of the fight was released to the public by the Lexington County Police Department after it was determined that assault charges would not be pressed against Rodgers.

Some, but not all, of our Lexington County Criminal Defense Areas Include:

If you face assault charges in Lexington County, or elsewhere in South Carolina, do not hesitate to contact the experienced attorneys at the Strom Law Firm. Based in Columbia, SC, the Strom Law Firm has defended against criminal charges in South Carolina, including Lexington County, for 16 years. We offer free, confidential consultations to discuss the facts of your case and create plan to defend your rights. Call us today (803)252-4800.

Facebook
Twitter
LinkedIn
PrevPreviousConcussion lawsuits: Not against the NFLPA… yet
NextFatal Crash Leads to Felony DUI Charges in OrangeburgNext