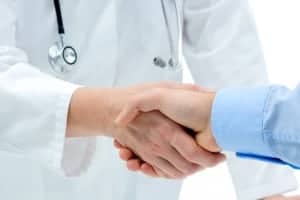 The federal government claimed that Lederman defrauded the Medicare program by seeking reimbursement for experimental cancer treatments, which he claimed to have pioneered in the US.

The Medicare fraud whistleblower lawsuit is roughly 10 years old. A settlement in the case was finally reached on Monday, November 24th. The Medicare fraud case, filed under the False Claims Act, alleges that between 1996 and 2003, Lederman improperly sought reimbursements for 300 stereotactic body radiosurgery treatments on cancer patients. At the time, Medicare limited the coverage of those treatments to cancers above the neck, and anything else, including the treatments Lederman billed for, were considered “experimental” and therefore were be covered.

Lederman allegedly miscoded his Medicare claims in order to defraud the federal program and receive reimbursement.

“Providers who misrepresent their services – whether for the purpose of obtaining greater reimbursement or in an effort to conceal the fact that a treatment was deemed investigational – continue to pose a threat to Medicare,” U.S. Attorney Loretta Lynch said in a statement.

Lederman is notorious for claims that he put his “self-interest” above patients’ interests when George Harrison’s widow sued him for shoving a guitar in the guitarist’s face after a radiation treatment and demanding Harrison sign it.

“Dr. Lederman . . . obtained millions of dollars in payments to which he was not entitled at the expense of cancer patients, as well as the public,” said an attorney for the whistleblower, Elizabeth Ryan, whose husband was treated for cancer at the Staten Island University Hospital, with Lederman overseeing treatment. Ryan filed the whistleblower lawsuit against the hospital and Lederman in 2004, and the Department of Justice joined in 2008.

If you are personally aware of a fraud that has been committed by your current or former employer, a competitor or otherwise, from tax evasion to Medicare fraud, contact the South Carolina Qui Tam attorneys at the Strom Law Firm today for a no cost consultation to discuss the facts of your case and whether filing a qui tam may be appropriate. We understand the complexity of the False Claims Act, and can help you with your case. We offer free, confidential consultations so contact us for help today. 803.252.4800