At the beginning of this month, the FDA announced they would create a system to track medical devices and their problems, called the unique device identifier, or UDI. This code, made up of a series of letters and numbers, will work much like other product codes or bar codes, and identify the device’s manufacturer and model in a larger database. This database will contain a variety of information, including problems with the product, and the information will be available to the public. 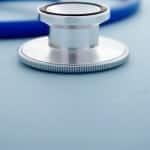 The FDA hopes the new system will make product tracking and recalls much easier. Jeffrey Shuren, head of the FDA’s devices center, says that the FDA has a monitoring system in place now, but it relies too much on reports from companies and doctors about specific patients or devices. It is often unclear, therefore, if an entire product line needs to be recalled quickly. “The UDI is really the lynchpin for modern post-market surveillance for medical devices.”

The FDA’s proposal for the UDI code system comes 5 years after Congress ruled that the agency must create a system to track medical devices. The 2007 ruling was an attempt to create a better regulatory structure for the agency after the FDA received a lot of criticism for overlooking consumer safety.

The UDI system will help consumers, as well as doctors, track the safety of a variety of medical devices, including defibrillators, vaginal mesh (TVM) implants, and hip replacements. The proposal could have a huge impact in particular for transvaginal mesh patients, and the slew of lawsuits against manufacturers of such devices, like Johnson & Johnson and Boston Medical. Vaginal mesh implants were approved by the FDA through a less rigorous and very controversial process called 510(k) approval. According to the FDA’s website, 510(k) approvals are “a premarketing submission made to FDA to demonstrate that the device to be marketed is as safe and effective, that is, substantially equivalent (SE), to a legally marketed device that is not subject to premarket approval (PMA).”

If you or a loved one has a transvaginal mesh implant and has suffered from complications, including continued organ prolapsed, pain, bleeding, and incontinence, you are not alone. Strom Law, LLC, has an experienced lawyer who, as a woman, understands the pain and suffering caused by these faulty implants. Please contact us today for a free consultation. We can get you on the road to recovery. 803.252.4800