HCA Bans All Power Morcellator Surgeries Due to Cancer Risk 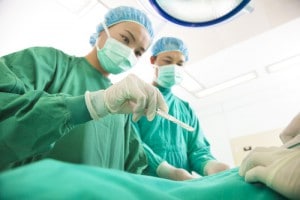 HCA Holdings Inc, the largest for-profit hospital chain in the United States, said that it would stop performing power morcellator surgeries for uterine fibroids or hysterectomies due to the risk of spreading uterine cancer to other organs.

“We are implementing a prohibition of the use of power morcellation in laparoscopic uterine surgery,” an HCA spokesman said Tuesday in an email.

Although the FDA has investigated the complaints against power morcellators, and found that the surgery could be potentially harmful, the federal regulator has not issued a safety recall for the devices, instead increasing the urgency of its safety warning against the devices. Johnson & Johnson, one of the largest manufacturers of power morcellators, has voluntarily recalled their devices for further investigation.

The FDA added to its warning that gynecological surgeons should use other surgical techniques to remove uterine fibroids or perform hysterectomies on women who were peri- or post-menopausal, because the risk of undetected uterine cancer is greater among that age group.

However, many gynecologists have spoken out against the FDA’s warning, saying that it is difficult to diagnose uterine cancer from fibroids and power morcellator surgery is not at fault.

“I always caution and say, ‘It doesn’t mean you’re not going to be the one,’ ” to have undiagnosed cancer, said Atlanta gynecologist Dr. Michael Randell. He also tells his patients that, so far, he has never seen a case of uterine cancer caused by fibroid removal surgery.

The Institute of Medicine released a report stating that more than one million people are seriously injured every year by defective medical devices in the nation. Just in 2002, the Food and Drug Administration said they heard more than 11,000 reports of hazardous circumstances surrounding medical devices.