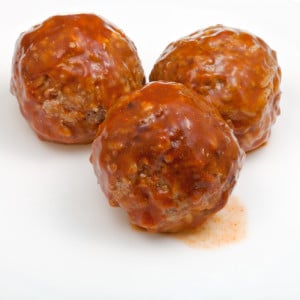 Since mid-January, Europe has been rocked by a scandal that has forced 14 countries to scrutinize their food regulation systems. After Ireland found horse meat tainting packages of ground beef, several countries began investigating ground beef and related products. Now, several European countries are issuing health recalls because horse DNA has been found in hundreds of products.

Swedish furniture giant IKEA is the latest victim of the horse meat health recall. Inspectors in the Czech Republic reported on Monday, February 25th, that they found traces of horse meat in the famous Swedish Meatballs, which are supposedly made from a mixture of beef and pork.

The Czech State Veterinary Administration confirmed its findings on its website. Unlike much of the tainted meat, the Swedish retailer’s meatballs are manufactured in Sweden.

“We do not tolerate any other ingredients than the ones stipulated in our recipes or specifications, secured through set standards, certifications and product analysis by accredited laboratories,” IKEA said in a statement. “We are now initiating further tests on the same production batch in which the Czech Republic authorities found indications of horse meat.” They expect results to come in the next few days.

Since the outbreak of Mad Cow Disease in the 1990’s, the European Union has issued strict traceability laws for fresh beef. Unfortunately, similar controls are not currently in place for processed meat products.

To keep up with the timeline of the horse meat health recall, you can visit The Guardian UK’s website.

Although the discovery of horse meat in ground beef has shaken several countries in Europe, so far, officials say that no horse meat has reached the US meat industry.

IKEA issued a statement in the morning on February 25th, stating that all meatballs sold in the US were sourced from beef and pork raised only in the United States and Canada. “Customer confidence is of the utmost importance to Ikea,” the chain said in its statement. “Ikea is committed to serving and selling high quality food that is safe, healthy and produced with care for the environment and the people who produce it.”

The attorneys at the Strom Law Firm keep a close watch on recalls of dangerous and defective products in the US. We aim to protect our clients’ health and safety, and hold manufacturers to the highest possible standard of safety. Health recalls are especially important because defective drugs and medical devices, like generic Wellbutrin, prescription painkillers, Granuflo and Naturalyte, Actos, and transvaginal mesh can cause serious harm and even death.

If you or a loved one have experienced severe, life-limiting side effects from a defective product or drug, and believe that your pain stems from a health recall that came too late, you may be entitled to compensation. The Strom Law Firm can help. We offer free, confidential consultations to discuss the facts of your case, so contact us today. 803.252.4800.