ImPACT concussion testing: Does it work? 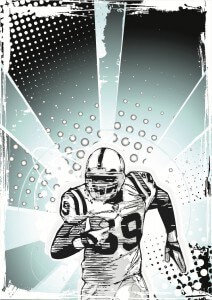 With all the worried parents, it’s no surprise that concussions have become big business in the world of football.  With nearly 2000 players in the NFL, 65,000 in college,  over a million in high school, and 250,000 in Pop Warner, there’s a large group of athletes and families looking to find ways of saving their brains from injury and concussions, especially now that the long-term risks and dangers are becoming well-known.

Among those making good money in the concussion game is a ImPACT, the most popular concussion evaluation system in the world.  ImPact offers a 20-minute computer test that measures memory, processing speed, reaction time, and impulse control.  The test takes a baseline reading of mental function which can then be compared to a post-injury test to help make an evaluation on whether there is a concussion and how severe it is.

How popular is it? Most of the NFL uses it, as do all of the MLB, MLS, NHL, boxing, hockey, soccer, and several auto racing circuits — over 7,000 pro, college, and high school teams use it.

The problem is, ImPACT may not work as well as it claims; many unaffiliated scientists don’t think it works.

Some neuroscientists, like William Barr, put down their success entirely to marketing rather than to science.  ImPACT claims that it has been well studied and is meant to be used as part of a concussion plan, not on its own. One of the concerns is that teams are using ImPACT just because it makes them look like they’re doing something, not because it actually helps; and studies show high false positives and negatives.

Worse?  The vast majority of studies about ImPACT were written by the people who created it.  And their studies often fail to note the conflict o interest.

In 2007, an investigation found that “on at least seven occasions since 2003, [ImPACT’s creator] has authored or co-authored studies on neuropsychological testing, including papers directly evaluating ImPACT, without disclosing his roles in creating and marketing ImPACT.”