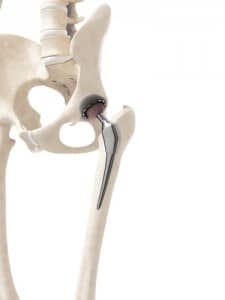 Now, the medical device manufacturer has agreed to pay up to $420 million to settle additional personal injury lawsuits which were not settled in the original DePuy Hip lawsuit agreement.

“By extending the benefits of the previously announced U.S. Settlement Program to an additional group of ASR patients, we are again providing fair compensation” to artificial hip recipients “without the delay and uncertainty of protracted litigation,” Mindy Tinsley, a DePuy spokeswoman, said in an email interview.

The FDA received 300 complaints regarding device failure and personal injury from the DePuy all-metal hip implants. An estimate suggested that around 35,000 all-metal DePuy ASR hip implants were used on United States patients between 2006 and 2010, when DePuy recalled 93,000 units of the all-metal hip device. While the company claimed that the all-metal hip implants would last longer than other models of artificial hips, such as ceramic and metal or plastic and metal, the devices actually failed at a higher rate, often earlier than 5 years. DePuy and J&J  made bold claims that the all-metal design would last longer than the ceramic or plastic versions, up to 20 years.

One South Carolina plaintiff has already refused the settlement offer, claiming that the $300,000 she could receive by filing her claim with the personal injury fund is not enough to cover the ongoing physical problems she will experience after the DePuy hip left her wheelchair bound and suffering metallosis.

Side effects of failure in all-metal hip replacement devices, like the DePuy or Stryker, include: