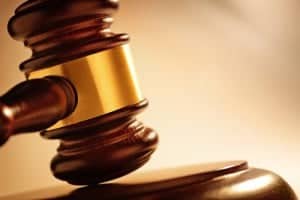 Although Johnson & Johnson, and its subsidiary Janssen Pharmaceuticals, face thousands of Risperdal personal injury lawsuits combined in a multidistrict litigation (MDL) in Philadelphia, the companies are fighting previous penalties for off-label use in numerous states. In 2014, J&J successfully overturned the lawsuit filed by Arkansas, and now, the company has reduced the amount of the fraud penalty it must pay to the state of South Carolina.

In a 4-1 ruling on Wednesday, February 25th, the Supreme Court cited a 3-year limit on claims involving the South Carolina Unfair Trade Practices Act. This means that the number of violations against South Carolina had to be reduced, as the complaint against J&J’s Risperdal was filed in 2007, so the Risperdal judgment damages that J&J must pay were cut in half – from $327 million to $136 million.

South Carolina officials stated in their original complaint that J&J and Janssen sent misleading letters to more than 7,000 doctors, including pediatricians, downplaying the link between Risperdal’s link to diabetes, and claiming that the drug is safer than competing antipsychotics like Eli Lilly’s Zyprexa, or AstraZeneca’s Seroquel.

“Janssen’s desire for market share and increased sales knew no bounds, leading to its egregious violation of South Carolina law,” Justice John Kittredge wrote in the ruling on Wednesday. He added that the marketing tactics were “reprehensible,” but “the absence of significant actual harm resulting from Janssen’s deceptive conduct leads us to conclude the trial court erred in part in its penalty assessment.”

“We have maintained from the outset that we did not violate South Carolina’s Unfair Trade Practices Act, and we are reviewing all of our legal options,” Robyn Frenze, a Janssen spokeswoman, said in an e-mailed statement.

Risperdal was approved for the US market and launched in 1994, but was only approved for use in adults until 2006, when the FDA finally approved Risperdal as an antipsychotic in children. J&J faces numerous lawsuits alleging that it knew about the side effects of the drug, which include gynecomastia and health-endangering weight gain, since 2001, but had illegally marketed the drug for off-label use in children since at least 1999. The drug is also not approved for use in elderly patients with dementia-related psychosis, but J&J continues to promote its use for that vulnerable group, which can suffer cardiovascular or cerebrovascular side effects, including heart attacks, arrhythmia, and stroke after taking Risperdal.

The Strom Law Firm Can Help with Risperdal Drug Cases