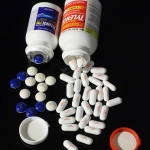 The company decided to take the step after a growing number of personal injury and wrongful death lawsuits have been filed, alleging that acetaminophen caused serious side effects and was too easy to overdose on.

Johnson & Johnson, the manufacturers of the highly-popular pain reliever, say that the red warning caps will appear in October on the Extra Strength Tylenol bottles, then on other bottles of Tylenol in the coming months. The new caps will be very clear that Tylenol contains acetaminophen as an active ingredient, and that the pain reliever is the nation’s leading cause of sudden liver failure.

In a followup statement sent out, J&J added that, “with more than 600 OTC (over-the-counter) and prescription medications containing acetaminophen on the market, this is an important step because it will help remind consumers to always read the label.”

Reportedly, overdoses from acetaminophen send 55,000 to 80,000 people to the emergency room in the US every year. Overdose deaths from acetaminophen or Tylenol account for 500 deaths annually, according to the FDA and CDC. The pain relieving ingredient can be found in dozens of products, from Tylenol to Nyquil to Vicodin.

Drug safety experts are particularly concerned about products like Extra Strength Tylenol, and other “extra strength” over the counter pain relievers, which can contain 1,000 milligrams of acetaminophen. Regular strength Tylenol contains only 650 milligrams of acetaminophen, but some pharmacies don’t even stock that type of Tylenol because of the extra strength’s popularity.

When used as directed, consumers should take less than 4,000 milligrams of acetaminophen a day. The drug is used safely by around 100 million people a year, but about 1% of those who take acetaminophen-based drugs like Tylenol end up with liver damage. This is most likely because they take too much, too regularly, according to drug safety experts.