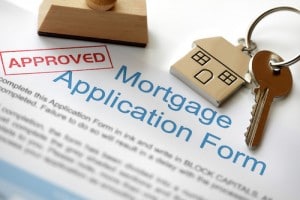 On Tuesday, February 4th, JPMorgan Chase & Co settled the latest mortgage fraud lawsuit with the US government for $614 million.

The mortgage fraud lawsuit claimed that JP Morgan Chase defrauded the US government and federal agencies by underwriting substandard mortgage loans. As part of the settlement, the company admitted liability for underwriting the bad loans, approving thousands of loans for those not eligible for mortgage help from the Federal Housing Administration or the Department of Veterans Affairs.

Consequently, according to the mortgage fraud charges, “both the FHA and the VA incurred substantial losses when unqualified loans failed and caused the FHA and VA to cover the associated losses,” the U.S. Justice Department said in a statement.

Last year, the company paid $20 billion to settle other mortgage fraud charges, as well as charges of power trading. The company also settled a sexual harassment case on Monday, February 2nd, agreeing to pay $1.45 million in regards to 4-year-old allegations that it created a hostile work environment for female employees.

JPMorgan Chase representatives said in a statement that the “settlement represents another significant step in the firm’s efforts to put historical mortgage-related issues behind it.”

In January 2013, a whistleblower named Keith Edwards filed a lawsuit against the company under the False Claims Act, alleging the company engaged in mortgage fraud that hurt the federal government. Under the False Claims Act, whistleblowers receive a portion of the settlement money for their diligence. It is unclear what Edwards’s portion of the settlement will be at this time.

JPMorgan Chase is one of several banks in recent years to settle lawsuits alleging they intentionally committed mortgage fraud and defrauded the government in schemes that directly led to the economic collapse of 2008. Bank of America settled a mortgage fraud case last November, agreeing to pay $863.6 million.

“Yet, for more than a decade, it abused that privilege,” U.S. Attorney Preet Bharara said in a statement. “JPMorgan Chase put profits ahead of responsibility by recklessly churning out thousands of defective mortgage loans, failing to inform the government of known problems with those loans and leaving the government to cover the losses when the loans defaulted.”

If you have direct knowledge of fraud against the government and believe you have a qui tam or whistleblower case, whether it is against a for-profit long term care facility, a technology corporation, or mortgage fraud case, the attorneys at the Strom Law Firm can help. We offer free, confidential consultations so you can discuss the facts of your case with impunity. Contact us today. 803.252.4800