Kerry Kennedy Not Guilty of DUI from Drugs 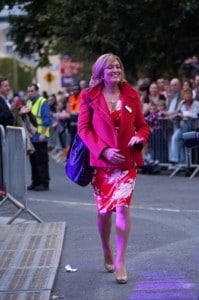 A four-day trial and jury deliberation for less than two hours led to a “not guilty” verdict for human rights activist Kerry Kennedy in a trial alleging misdemeanor DUI from prescription drugs.

Kennedy is the former wife of New York governor Andrew Cuomo, the daughter of Robert F. Kennedy and niece of John F. Kennedy.

At her trial, she was accused of negligent driving after she took a prescription sleeping pill. She stated that she accidentally took the sleeping pill instead of her thyroid medication.

There were several witnesses to the DUI accident, who testified that Kennedy was driving erratically. However, both the prosecution and defense agreed that she took the sleeping medication by accident. Her trial hinged on whether or not she realized she was impaired before the accident and should have pulled over.

“If I realized I was impaired, I would have pulled over,” Kennedy told the jury.

On July 13th, 2012, Kennedy took the wrong medication, then got behind the wheel of her Lexus SUV. She hit a tractor trailer on a highway, then at an exit down the road, law enforcement found her slumped over in the driver’s seat. She was charged with misdemeanor DUI because it was her first offense.

“She had a lot on her mind that morning. And she took the wrong pill by mistake,” prosecutor Doreen Lloyd told jurors. “However, it also makes no sense whatsoever that at no point did she realize or feel tired or dizzy or drowsy. That makes no sense,” she said. “She is responsible for the chain of events that happened after that.”

Defense Attorney Gerald Lefcourt told jurors, “This is a case with not a reasonable doubt — there is overwhelming doubt.”

He continued, “They’re arguing without any evidence that she realized; she says she didn’t. There’s nothing to the contrary. Reasonable doubt.”