Lawyers Are New Target for Scammers

Even lawyers are not immune to scammers. 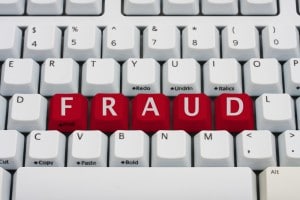 According to the Wall Street Journal, fraudsters are now targeting law firms in an attempt to swindle the firms out of millions of dollars.

How are fraudsters able to lure lawyers into their scheme? Scammers pose as new clients living abroad. Through an elaborate scheme utilizing false documents, scammers are able to convince lawyers to cash counterfeit “settlement” checks. Scammers instruct lawyers to take out attorneys’ fees from the check, and then wire transfer the remaining balance to them, the “would be” clients.

Deposited money goes into pop up bank accounts in Asia. The scammers receive the money before banks are able to detect the checks are fake. Scammers utilize Internet cafe’s in Nigeria to send out solicitation emails. Investigators refer to the Internet cafe’s in Nigeria and elsewhere as “boiler rooms” for the fraud. Investigators believe much of the fraudulent activity is coordinated by scammers living in West African expatriate communities in Canada.

According to Harrisburg Assistant U.S. Attorney, Christy H. Fawcett, many of the scammers “belong to a particular social club in Toronto”.  Fawcett is the lead prosecutor on the case. In regards to how the scammers recruit other scammers Fawcett states, “They’ll hear this has been a good scam, this a good bank account number in Asia.”

Even the most skeptical of lawyers fall victim to the fraud. Federal investigators state the fraud is elaborate and the methods the scammers use to lure in attorneys mimic the way many lawyers receive online client referrals.

Court records and federal law enforcement officers state that scammers are able to make out with $100,000 to $400,000 per firm from the fraud.

It Can Still Happen to Your Law Firm

Federal Investigators arrested the fraud ringleader, but warn other scammers are still out there.

Emmanuel Ekhator is set to go on trial in U.S. District Court in Pennsylvania for his involvement as the ringleader in the fraud. Ekhator, a Nigerian national, stands accused of defrauding law firms out of at least $32 million. Ekhator resided in Canada at the time of the alleged frauds. He entered a plea of not guilty. His lawyer declined to comment on the case.

Even with the ringleader behind bars, law enforcement warns that these frauds are ongoing and could affect other law firms. “We have this wide-ranging scam that continues even though we have made these arrests,” states Fawcett.

Fawcett states the fraud does not just affect lawyers in the U.S., but also affects lawyers in Canada.

Law enforcement is working to indict other suspected scammers involved in the scheme. “There are a number of other individuals that are going to be indicted,” Fawcett stated. “We are working with law enforcement in Nigeria and in Japan, and in Korea,” Fawcett concludes.

The question remains, as lawyer, would you take on Ekhator as a client? He seems to have a way with swindling lawyers.