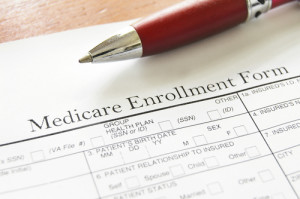 On Thursday, September 26th, the Department of Justice announced that Diagnostic Laboratories, the largest supplier of laboratory and x-ray services to nursing homes on the West Coast, settled a $17.5 million Medicare fraud lawsuit.

The California-based company was accused in the Medicare lawsuit of violating the False Claims Act, giving kickbacks for referrals from mobile lab and radiology services. These kickbacks were then billed to Medicare and Medi-Cal, California’s Medicaid program. Diagnostic Laboratories also allegedly took advantage of the Medi-Cal reimbursement system by billing services at standard rates to the government healthcare programs, but offering discounted rates to participating nursing homes. These rates went as low as 80% below the lab’s normal rates, according to the whistleblower lawsuit.

The Medicare fraud deal allowed nursing homes, which are almost always for-profit, to maximize their profits by providing in-patient services at a lower cost. Diagnostic Laboratories, meanwhile, had a steady stream of outpatient referrals which they could directly bill to Medicare and Medi-Cal. Offering discounted rates to generate referrals is prohibited at both the state and the federal level.

The two Medicare fraud whistleblowers in this case were Jon Pasqua and Jeff Hauser, who worked in Diagnostic Laboratories’ sales office. When they discovered the questionable billing practices, both men went to supervisors first, and were reportedly ignored; they then took their Medicare fraud concerns to state and federal officials, and were subsequently fired.

They decided to file a Medicare fraud whistleblower lawsuit in February 2010.