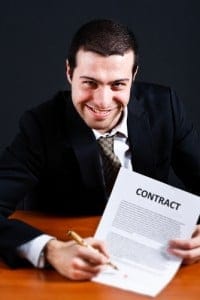 The City of Miami has issued a lawsuit against three major banks for alleged predatory lending practices and mortgage fraud in poor areas of the city.

The lawsuit has been filed against Bank of America, CitiGroup, and Wells Fargo. Court papers were filed at the end of December 2013, and claim that the banks violated the Federal Fair Housing Act by issuing loans to minority residents under terms and conditions that were different from white buyers, going back as far as 2004. The resulting housing crisis caused several foreclosures and caused property taxes to drop, which hurt Miami’s tax revenue, according to the predatory lending lawsuit.

“While these banks were generating substantial revenue from the issuance of predatory mortgages, the City of Miami was losing significant revenue and incurring costs that have not been reimbursed,” the city said.

“The goal here is to punish the banks for their practices and to recover for the city and its citizens a portion of as much of the damages as is possible to recover,” said city Commissioner Francis Suarez, who sponsored an ordinance earlier this year to pursue legal remedies against the banks.

“Banks should not target minority neighborhoods for loans that discriminate nor make loans to minorities on terms that are worse than those offered to whites with similar credit characteristics,” according to the suits.

A similar predatory lending lawsuit was filed on behalf of the City of Los Angeles.

All three banks defending their lending and mortgage practices in a written statement.

CitiGroup said it “considers each applicant by the same objective criteria, which are blind to race, ethnicity, gender and any other prohibited basis.” Wells Fargo called the allegations “unfounded” and said they, ”don’t reflect our corporate values.” Bank of America said that, in times of financial crisis such as the housing collapse in 2008, they “responded urgently with the solutions to assist them.”

Are you a Victim of Predatory Lending?

Predatory Lending can become extremely harmful when aggressive tactics are used to convince a borrower to agree to those misleading conditions. It typically takes place when a lending company, broker, or even home improvement contractor takes advantage of borrowers by deception, fraud, or manipulation.

Predatory lenders can charge excessive fees, interest rates, and pre-payment penalties and often require balloon payments. These are usually made without considering the borrower’s ability to repay the loan amount.

Although predatory lending does happen to all demographic groups, the most common people that are taken advantage of are elderly, minorities, and low-income homeowners.   As a result, those victims then face financial crisis, including bankruptcy and home foreclosure.

How can you avoid this type of deception?  Before borrowing money, make sure you read all terms and conditions of the loan carefully.  Evaluate your ability to repay the loan. Do not go through with a lending transaction if you can’t afford the repayment plan, if the up-front interest on the loan is high, or if the conditions are changed at the last second.

The Strom Law Firm Can Help with Predatory Loan Lawsuits