As Midterm Elections Near, Two More States and DC Will Vote on Recreational Marijuana 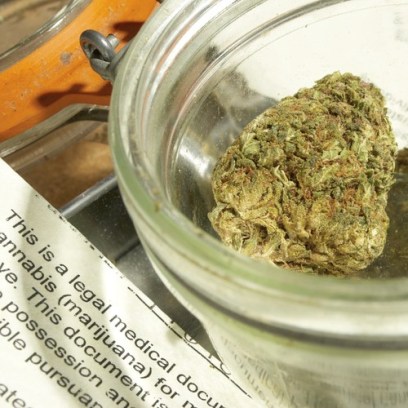 In 2012, Colorado and Washington State became the first two states in the US to legalize recreational marijuana use. Although many states have passed medical marijuana legislation, which can be especially beneficial for those suffering from chronic pain disorders or cancer pain, the idea of recreational use of the drug has still been controversial.

Now, two more states – Oregon and Alaska – as well as Washington DC, have put recreational use of marijuana to a vote for the upcoming 2014 midterm elections.

The measures in Oregon and Alaska would permit anyone aged 21 or older to buy and possess marijuana for personal use, much like the laws passed in Washington and Colorado. The recreational marijuana vote in DC, however, would only allow users to grow their own marijuana plants, but not sell the drug.

“Thousands of adults would no longer be punished for using a substance that is objectively less harmful than alcohol,” said Mason Tvert, a spokesman for the Marijuana Policy Project, a Washington-based advocacy group. “If these measures pass, it will be two more states in which it’s sold in legitimate businesses instead of the underground market.”

Marijuana is still illegal under federal law, but recently, the Department of Justice stated that they would decriminalize the use of marijuana to allow states to figure out the best approach for recreational or medical use. Most states that offer medical use of marijuana require some type of registration and prescription, so that the state can keep track of users. Recreational use of the drug has been handled by state authorities in Colorado and Washington state as well, allowing the state to gather tax revenue from the pursuit.

“This is not about independent Alaskans smoking marijuana in their homes, but a commercialization and industrialization of an industry,” said Charles Fedullo, a spokesman for Big Marijuana Big Mistake, which opposes Ballot Measure 2 in Alaska.

Opponents of the recreational marijuana legislation in both Oregon and Alaska frequently point out that it is not state or local governments pushing for the legislation, but national groups seeking to ultimately legalize the drug at a federal level.

If You Face Marijuana Charges, Including for Medical Marijuana Use Charges, The Strom Law Firm Can Help

Although many states have passed medical marijuana legislation, South Carolina still has not legalized the use of marijuana for recreational or medical reasons. You could be charged with drug possession. If you or a loved one have been found with medical marijuana, you could face criminal charges ranging from misdemeanor to felony, depending on how much marijuana was on your person, and what your intent was with the drug. The drug crimes attorneys at the Strom Law Firm can help. Do not let drug charges for medical marijuana hurt your reputation or your future aspirations. We offer free, confidential consultations to discuss the facts of your case. Contact us today for help. 803.252.4800