Move Over – it’s not Just a Statement, it’s a Law 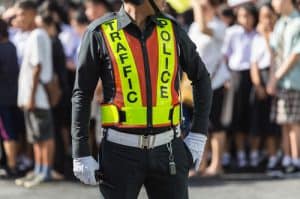 A recent accident is bringing awareness to a law in South Carolina that many may not know exists.

Under South Carolina law, when passing an accident or scene where emergency workers are present, a driver must move over. The “Move Over” law states and driver must slow down and move to the far lane when they come upon an accident. By doing this, the hope is to keep law enforcement and others at the scene safe.

Lieutenant Cpl. Brent Kelly has been with the South Carolina Highway Patrol for five years. According to L. Cpl Kelly, “The biggest concern, as far as safety for us, is when we’re actually on the side of the road during a traffic stop.”

“There have been incidences where emergency personnel working scenes on the side of the road have been struck by oncoming vehicles.” L. Cpl. Kelly says.

The most recent incident occurred on I-26 this past Friday. Trooper Howard James, 27, was struck by an oncoming car while investigating an earlier collision. During the collision, the patrol car was pushed into Trooper James. The accident happened at mile marker 142 on the westbound side of I-26 in Orangeburg County. Orangeburg Deputies are still reviewing information and investigating the accident involving Trooper James.

Trooper James was taken to the hospital. He is currently in serious but stable condition and improving daily, says officials.

The “Move Over” law hopes to save the lives of law enforcement and emergency personnel workers, like firefighter Chance Zobel. Zobel passed away in 2010 at the age of 23 after being struck by a car while trying to put out a fire along Interstate 20.

“Any time something happens I think it puts us all on alert and makes us realize that things like that can happen at any time. It does put us on alert to be extra careful out there,” states L. Cpl. Kelly.

Failure to comply with the “Move Over” law could result in a misdemeanor crime with fines of $300 to $500.

Lieutenant Cpl. Kelly warns drivers, “Traffic might stop suddenly in front of you or emergency personnel may have to step out into the roadway for some reason and if you’re not paying attention to what’s going on in front of you, and you’re concentrating on the scene itself, bad things can happen.”

If you or a loved one has been injured resulting from an auto accident, contact the South Carolina Accident Lawyers at the Strom Law Firm today. We understand auto accident injuries can be devastating physically, emotionally and even financially. The South Carolina Accident Lawyers at Strom Law Firm will fight to get you the compensation you deserve. Contact us today for a free consultation. 803.252.4800.