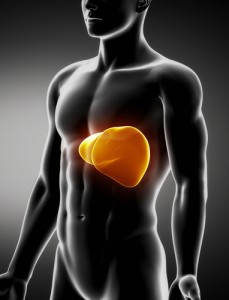 The manufacturer of diet supplement OxyElite Pro has finally issued a drug recall due to a growing number of Hepatitis A infections related to consumption of the drug.

USPLabs, manufacturers of Oxyelite Pro and other dietary supplements, stopped shipments of the drug after hepatitis A infections in Hawaii were linked to consumption of the workout supplement. However, after the FDA sent a letter to the company threatening legal action, the manufacturer finally issued a drug recall.

The Hawaii State Department of Health is leading the investigation into the OxyElite Pro hepatitis A cases, as most of the infections have been reported in Hawaii. No one is sure yet why the drug causes the illness, but it could be caused by an ingredient, production error, or contaminant – all the health department knows is that the drug has been closely linked to infection.

So far, 44 people in Hawaii have reported that they are infected with hepatitis A, and 36 of those people took OxyElite Pro. A handful of other people ingested similar products that might have similar ingredients, but so far, no other drug has been linked so closely to such a high frequency of infection.

“They looked for infections, cancer, all sorts of other things,” said Hawaii State Epidemiologist Dr. Sarah Park. “They couldn’t find any particular reason for these people to have liver injuries other than the fact that they all took OxyElite Pro as a dietary supplement.”

In 12 other states, 12 other people have reportedly been infected with hepatitis A after ingesting OxyElite Pro since the end of October.

The products involved in the drug recall include:

Health care providers can submit a report by calling the FDA’s MedWatch hotline at 1-800-FDA-1088 or by reporting it online if they believe their patient has had a serious harmful effect or illness from a dietary supplement.

The Strom Law Firm Can Help with Drug Recall Cases

The Strom Law Firm, L.L.C. is a leader in the consumer protection battle against dangerous drug recalls, personal injury cases related to physical harm from dietary supplements, and defective devices. We represent individuals who have been killed or injured by dangerous or defective dietary supplements. If you or a family member have been injured or killed after using a dangerous drugs or medical supplements such as OxyElite Pro, whether due to contamination from hepatitis A or another cause, contact our dangerous drug lawyers as soon as possible so that we can begin taking steps to preserve evidence and your claim immediately. We offer free consultations to discuss the facts of your case. 803.252.4800