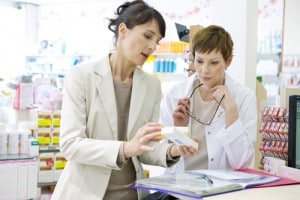 A total of 41 states have settled a lawsuit against Pfizer and its subsidiary Wyeth Pharmaceuticals for off-label promotion and use of a kidney transplant drug for $35 million.

The personal injury lawsuit alleged that Wyeth trained its sales staff to promote off-label use of Rapamune, a drug approved by the Food and Drug Administration to prevent the immune system from rejecting a transplanted kidney.

Allegedly, Wyeth offered bonuses to sales staff who sold Rapamune to doctors and surgeons who were convinced to prescribe the kidney transplant drug in unapproved drug combinations or after prescribing a different immunosuppressant drug.

“Marketing drugs for unapproved uses is wholly inappropriate,” acting state Attorney General John Hoffman said in a statement. “New Jersey citizens have a right to expect more, and our consumer protection laws exist to ensure they get it.”

“My office served on the executive committee of the attorneys general that obtained this consent judgment because consumers deserve clear and truthful information when making important decisions about the medications critical to their treatment,” said Florida Attorney General Pam Bondi.

“There has to be one set of rules for everyone, no matter how rich or powerful, and that includes big pharmaceutical companies that make unapproved and unsubstantiated claims about products in order to boost profits,” said New York Attorney General Eric Schneiderman.

“Patients and consumers need to have confidence in the truthfulness of claims made to them by medical providers without having to worry about drug companies manipulating the doctor-patient relationship,” Schneiderman said. “Their health and well-being depend on it.”

If you or a loved one have been injured or died as a result of a dangerous drug given with a prescription, over the counter medication, herbal supplement, vitamin, or defective medical device, you need an experienced pharmaceutical liability law firm which is able to stand up for your rights, and seek justice on your behalf. The Strom Law Firm can help with class actions, consumer protection, and personal injury lawsuits against large pharmaceutical companies like Pfizer. Contact us today for a free, confidential consultation. 803.252.4800