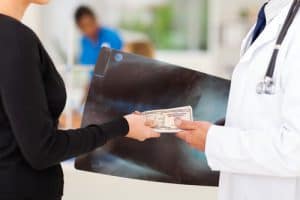 USA Today reports, Subsys is the company’s fast acting version of fentanyl that is sprayed under the tongue, according to a complaint filed in Manhattan district court. Fentanyl is the powerful painkiller that killed Prince in April of this year. The pain killing drug is said to be up to 100 times more potent than morphine. According to the product prescribing information, the drug is only indicated in use for the management of breakthrough pain in cancer patients over the age of 18 who are already receiving, and who are tolerant to, opioid therapy for their underlying persistent cancer pain. However, many of the physicians currently prescribing Subsys are not oncologists, and they are not prescribing the drug for use in opioid tolerant cancer patients. In an article published by the NY Times in May of 2014, it was noted that the company’s sales and share price had increased nearly 270 percent in the previous year, and that many of the doctors prescribing Subsys were not oncologists. Instead, half of all prescriptions appeared to be written by pain specialists and anesthesiologists.

The complaint states that the salesmen paid two New York doctors approximately $259,000 in kickbacks in 2014. While the complaint does not name the doctors, court documents say the doctors wrote in excess of $6 million Subsys prescriptions in 2014. It has been reported that one of the company’s managers was aware of the scheme and instructed the sales team to “demand” that the doctors write prescriptions for “large quantities of fentanyl” in exchange for kickbacks. Some former employees have stated that the company actively targeted high prescribers of other Fentanyl products regardless of whether those doctors treated patients with cancer.

To promote the appearance that payments made by Insys to physicians were legal, Insys reps organized “seminars,” at which the physicians purportedly spoke according to court documents. It was later determined, however, that these seminars were little more than social gatherings, held at expensive New York restaurants. In fact, the doctors were often taken out for drinks at bars and strip clubs by the salesmen after those seminars were over. Yet, these two Insys salesmen were not alone in being charged. Natalie Perhacs, a former company saleswoman, pled guilty to conspiracy to commit health care fraud, including kickback schemes, in February of this year.

In the past four to five years, the United States government has criminally and civilly prosecuted numerous companies for the off-label marketing of certain prescription drugs. In July of 2012, the Government received its largest health care settlement to date, when GlaxoSmithKline (“GSK”) paid $3 Billion to resolve allegations against it for a variety of its drugs, including Paxil, Wellbutrin, and Avandia. Among the civil allegations resolved by the settlement were allegations that GSK promoted the off-label use of its drugs, and paid kickbacks to physicians for prescribing those drugs. According to the complaint filed by the Government, this off-label promotion and payment of kickbacks caused numerous prescriptions to be submitted to the Government for payment, in violation of the False Claims Act.

In May of 2012, the Government also reported a settlement of $1.5 Billion with Abbott Labs to resolve civil and criminal allegations against Abbott for, among other allegations, the off-label promotion of Abbott’s drug Depakote. This was the largest settlement up until that point, until the settlement with GSK several months later.

If a fraud has been committed that you are personally aware of by your former or current employer or otherwise, contact the False Claims Act attorneys at Strom Law Firm for a free case consultation to discuss the facts of your case. 803-252-4800.