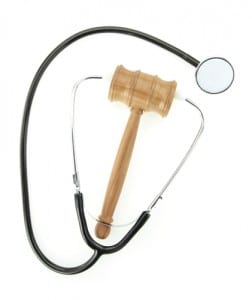 In October 2011, Thomas Harber died because he developed bladder cancer. His wife,Nancy, is now filing a lawsuit against Takeda Pharmaceuticals for producing andmarketing Actos, which she alleges caused her husband’s cancer.

The lawsuit was filed August 10th, and moved into the multidistrict litigation against Actos in the US District Court in Western Louisiana (Lafayette).

According to Mrs. Harber’s lawsuit, her husband took Actos to treat his Type 2 diabetes from 2000 to 2011. Several recent studies have shown a strong link between Actos and bladder cancer, especially if patients take the drug for more than 2 years. In June 2011, France and Germany both banned the drug based on newly-published research.

The FDA has not issued a recall in the United States, although it did require Actos to carry the strongest possible warning label after 2011. The FDA also warned doctors not to prescribe Actos to patients who had bladder cancer, or had a family history of bladder cancer. Patients who take Actos for morethan 12 months have a 40% increased chance of developing bladder cancer.

Unfortunately, the warnings and recalls were too late for Mr. Harber. His wife alleges that Takeda Pharmaceuticals knew, or should have known, about the dangers surrounding Actos.

Judge Doherty has scheduled the first round of bellwether trials, beginning in 2014. She has also extended the deadline to file in the MDL, and steamlinedthe filing process to gather as much information as possible regarding cases against the drug.

If you or a loved one have Type 2 diabetes, have been prescribed Actos to treat your condition, and have since suffered life-threatening side effects, you may be entitled to compensation. Actos has been linked to increased risk of bladder cancer, heart disease, liver failure, and diabetic macular edema. The experienced lawyers at the Strom Law Firm are accepting cases nationwide against Takeda Pharmaceuticals. We offer free consultations to review the facts of your case, so contact us today. 803.252.4800.