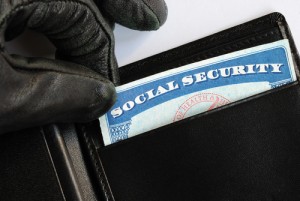 On Tuesday, October 1st, a new identity theft and protection unit will launch as part of the South Carolina Department of Consumer Affairs.

“It’s exciting, I think we’ve seen the need for it here after the Department of Revenue breach,” said Marti Phillips, the new program director for the Identity Theft Unit.

“Even before the Department of Revenue breach occurred, our office had received 84 security breach notices that affected more than one million South Carolina consumers during a three year period,” said Carri Grube Lybarker, the administrator for the Department of Consumer Affairs..

“During the aftermath of the Department of Revenue breach, we had staff who were handling their day to day job duties, as well as, handling the telephone calls that were coming from consumers,” said Lybarker.

“Whether it’s somebody who’s just looking for information to prevent and deter identity theft or if it’s for that person who believes they have been a victim or somebody has been subject to the security breach…they can contact us, and we can guide them through the process of mitigating the circumstances,” added Lybarker.

Since the Identity Theft Department will be up and running in less than a week, they will be able to help South Carolina consumers transition from their original one-year-free contract with Experian, to the new contract with CSIdentity.

Identity theft has become the fastest growing crimes in the United States.

According to statistics from federal officials, one in every twenty Americans will fall victim to this crime. The only way to prevent this from happening is by reducing the risk that such a crime will affect you. Identity theft can ruin your name and your credit through erroneous charges and purchases, and even through the obtainment of loans that you neither applied for nor received funds from.

If you have experienced identity theft, you are not alone. The attorneys at the Strom Law Firm can help clear your name and even reinstate your social security benefits. We offer free, confidential consultations to discuss the facts of your case. Do not hesitate to contact us. 803.252.4800.