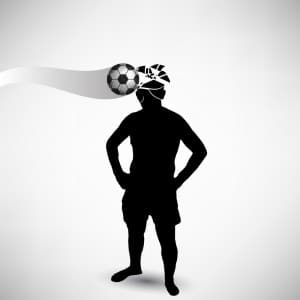 “As a governor I fully support this legislation, but as a mother with a son who plays basketball and a daughter who is a cheerleader, this bill is personally important to me,” said Gov. Nikki Haley. “It tells me as a mother what to watch out for and more importantly, I know that if there is an injury, the school and coaches are going to know what to do – that the school district has a plan in place. This is about quality of life for our kids and I am proud to be part of it.”

“During my time as a USC quarterback, I had several concussions and research now tells us that when a young person gets even a single concussion, there can be life-long consequences,” said State Senator Mike Fair. “The unanimous passage of this bill in the General Assembly and the governor’s resounding support means that we will now have model protocols across the state to prevent, recognize, and treat head trauma in student athletes.”

“Protecting our youth is critical to preserving our society and I am thankful that my colleagues supported this legislation to enhance the safety of our student athletes,” said State Representative Peter McCoy. “I am proud that we did this without costing the taxpayers additional money through the use of existing research and communication means.”

“The player safety initiative is important to the National Football League on every level and in passing the student athletes bill, the state of South Carolina is taking an important step in the prevention and treatment of concussions that occur in student athletes,” said Jerry Richardson, owner and founder of the Carolina Panthers. “We applaud the leadership of Governor Haley and the legislature in better protecting the young athletes of South Carolina.”

Jennings says that the safety of his athletes, especially against concussions, has been his number one priority during his coaching career.

“If we’re in a situation where we’re excited I make sure I always tell them to protect themselves, keep their head up, see what they hit,” he said.

“We have to recognize the signs,” Jennings said. “And that’s the biggest part about educating and realizing when their kid is not acting normal so we can get them out of harm’s way, getting him out of the game and getting him to a medical professional.”

The Strom Law Firm Can Help with Concussion Injury Cases