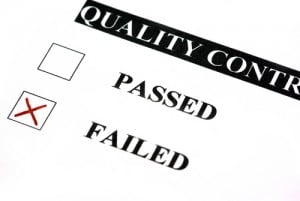 The largest generic drug maker in India, Sun Pharmaceuticals, issued a huge drug recall on Thursday, May 8th, because its antidepressant and antihistamine pills failed to dissolve properly, and do not meet US drug manufacturing standards.

The company’s drug recall covers 400,000 bottles of various medications, including 128,363 bottles of decongestant Cetirizine, as well as 251,882 bottles of antidepressant Venlafaxine. The company found that the pills failed to dissolve properly in the human body, which prevented medication from being ingested in a timely fashion, in the right dose, or even absorbed at all.

Both drug recalls were announced following complaints about the generic medications.

Amid rising concerns about the quality of generic drugs manufactured in India, FDA head Margaret A. Hamburg went to India in February to investigate generic drug manufacturers. Unfortunately, it appears her visit has done little to prevent drug recalls related to quality control mistakes from overseas manufacturers.

Several generic drug manufactures in India have come under fire in recent years because of violations of FDA regulations. Manufacturers Ranbaxy Laboratories and Wockhardt Ltd were both banned from selling prescription generic drugs in the US after federal inspectors found the companies had retested drugs’ efficacy to gain favorable results.

“Now, with the generic industry having grown up, most people are taking generic drugs,” said Dr. Janet Woodcock, the F.D.A.’s head of drug evaluation and research, in a telephone interview. “It’s really time to level the playing field.”

If you have been harmed, or a loved one has been harmed or killed by a defective product or drug, whether brand name or generic, the attorneys at the Strom Law Firm can help. You may be entitled to compensation through a personal injury lawsuit. We offer free, confidential consultations to discuss the facts of your case, so contact us today. 803.252.4800.