Surge Protectors Under Product Recall Due to Fire Hazard 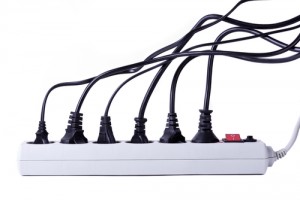 Schneider Electric has issued a product recall for 15 million of its surge protectors after reports of the item starting fires. The US Consumer Product Safety Commission says that they have received more than 700 complaints of the surge protectors overheating or melting, and 55 reports of property damage after the surge protectors caught fire. The reports including a $916,000 report when a fire started by one of the protectors seriously damaged a consumer’s home, and another report of $750,000 in damages at a medical facility. “The affected products may present a fire hazard under infrequent, abnormal building wiring and electrical conditions,” the company said. “This hazard has been reported in a small percentage (less than 0.01%) of the units sold and included reports of property damage, mostly involving damaged nylon carpeting.” There were also 13 reports of injuries, including burns from touching the overheating items, and smoke inhalation. The numerous reports finally prompted aproduct recall. The items are branded as APC SurgeArrest. Surge protectors are supposed to prevent bursts of electricity from damaging electronics by shutting down automatically. The recalled items were reportedly sold at Best Buy, Circuit City, CompUSA, and other stores between January 1993, and December 2002. They cost between $13 and $50. Schneider Electric and the CPSC both say that consumers should immediately stop using the surge protectors and contact Schneider Electric for a free replacement: (888) 437-4007 or www.apc.com.

Every year, thousands of consumers sustain serious injuries from defective products, and improper or delayed product recalls. Many of these injuries could be avoided if the manufacturers or distributors of these products took additional steps to ensure consumer safety, such as issuing product recalls in a timely fashion. Although any product could be subject to a recall due to improper testing, some of the most common product recalls are for automobiles and automotive parts, drugs and medical devices, and children’s toys.

There are a number of reasons that defective products make it to our shelves:

To protect yourself and your family, it’s important to know what products have been recalled because they are defective or unsafe. Federal agencies such as the FDA (Food and Drug Administration) and the CPSC (U.S. Consumer Product Safety Commission) frequently issue product recalls for medical devices, drugs, and products that may be harmful to consumers.