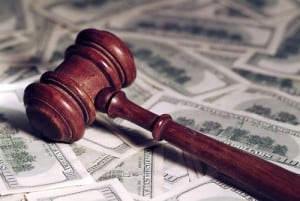 Japanese drug maker Takeda Pharmaceuticals announced that it has offered a settlement of $2.2 billion to end the remaining 8,000 lawsuits involving Actos injuries in the US.

Actos was approved for sale in the United States in 1999, with sales peaking in 2011, around the time that safety reports started to appear that the Type 2 diabetes medication was tied to increased risk of bladder cancer. Many independent scientific studies since then have concluded that taking Actos for two years or more radically increases the patient’s risk of developing bladder cancer, among other side effects. The reports were so shocking that both Germany and France banned Actos due to safety concerns.

There are currently over 8,000 personal injury lawsuits in the US alone claiming that Actos prescriptions led to bladder cancer. They state that Takeda Pharmaceuticals failed to warn doctors about the dangerous side effects so they could not properly medicate their Type 2 diabetes patients. One trial found that Takeda negligently destroyed safety tests on Actos dating back to 2001, which likely contained information regarding the link between Actos and bladder cancer.

Although the drug maker won a handful of the personal injury lawsuits and bellwether trials in the multidistrict litigation (MDL), recently, Takeda has faced billions of dollars awarded to plaintiffs whose bladder cancer was extremely life-limiting. One plaintiff was initially awarded $9 billion for pain and suffering along with medical bills, and although that was reduced to $36.8 million, the number is still large and punishing.

Takeda’s offer of $2.2 billion would even out to an injury award of $275,000 per plaintiff in the MDL. Since many plaintiffs have won millions of dollars for their individual lawsuits involving Actos injuries, the settlement amount may or may not be approved.

“This is a strong signal that Takeda really wants to settle these cases so it can avoid any more huge verdicts,” Carl Tobias, who teaches product-liability law at the University of Richmond in Virginia. “But the per-case number indicates they don’t want to have to pay a premium to settle these claims.”

“There is no deal and it is highly questionable whether there will be one without further scorched-earth litigation,” one of the Actos MDL attorneys said. “But at least Takeda recognizes that attempting to compensate these cancer victims and their families is the right thing to do.”

“If Takeda can settle the multidistrict cases for $2.2 billion, they should sign the papers and leave town,” Erik Gordon a professor at the University of Michigan’s business and law schools who teaches about class-action settlements. “Given the results of the trials so far and the number of potential judgments against the company, $2.2. Billion is a bargain.”

South Carolina consistently has one of the highest rates of Type 2 diabetes in the US, which means that many people in the state may have been treated with Actos at one time, or are even still taking the drug. If you or a loved one have taken Actos for two or more years, and have since been diagnosed with bladder cancer, you may be eligible for a personal injury lawsuit against Takeda Pharmaceuticals. The Actos Injury attorneys at the Strom Law Firm offer free case evaluations to discuss your injury, so contact us today. 803.252.4800