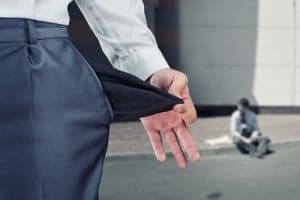 The hospital faces a $240 million Medicare fraud judgment. On Thursday, April 10th, a federal judge ordered the hospital system to set aside at least $70 million to continue payment on its False Claims Act violation penalties. Tuomey has set aside $50 million so far.

On Tuesday, October 1st, 2013, a federal judge ruled that Tuomey Healthcare Systems would pay for False Claims Act violations and Medicare fraud. The total penalties in her ruling were $276 million. However, on Wednesday, October 2nd, the judge ruled to lower that penalty by $39 million. Still, Tuomey claimed that the financial penalty was extreme and would cause the hospital – which is located in a rural area and serves an under-served population – to close and file for bankruptcy.

According to federal prosecutors, Tuomey Healthcare collected $39 million in false claims and Medicare fraud between 2005 and 2009, based on inaccurate billing for doctors’ procedures. A previous whistleblower trial in 2005 also found Tuomey guilty of Stark Law and False Claims Act violations – a four week trial with a 10 person jury ruled that the healthcare group was in effect paying kickbacks to doctors who were contracted part-time, but paid full-time wages.

On Monday, April 28th, board trustees for the hospital told Tuomey Healthcare CEO Michael Schwartz that he could pursue the bankruptcy filing.