Vehicle Recall Trend Continues Through First Half of 2015 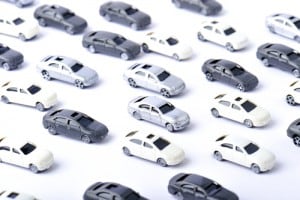 After a shocking number of people died because of a delayed ten year vehicle recall from General Motors, U.S. regulatory agencies have spent much of the last year and a half issuing safety recalls for any automotive issue. This means that 2014 had the highest number of vehicle recalls in the last five decades of U.S. history – and 2015 will likely surpass that number.

According to the Detroit News, the National Highway Traffic Safety Administration (NHTSA) has already, along with several major automobile manufacturers, issued recalls for more than 32.4 million vehicles, in 500 separate campaigns, running through August. Although that number is small compared to the 63.95 million vehicles recalled through 2014, this year is just over halfway done.

The NHTSA’s failure to catch GM’s ignition switch problem led to heavy criticism and a renewed focus for the safety agency last year.  A Congressional investigation found that the Administration failed to notice numerous consumer complaints or link accidents to General Motor’s failing ignition switches, thereby allowing the car manufacturer to negligently cause 400 crash-related injuries and deaths. The safety administration has demanded more recalls than ever this year, including a recent recall covering 402,000 Volkswagon SUVs due to electrical problems.

Automobile manufacturers are in the same boat, spurring on safety recalls in cases that might have been glossed over before. For example, when a video of two students hacking wirelessly into a Jeep went viral, Fiat Chrysler issued a recall covering 1.4 million vehicles due to the manufacturer’s concerns over the safety issue. Despite the quick response, the NHTSA fined Fiat Chrysler $35 million, the maximum penalty allowable at the time.

“There is a new normal,” said Sean Kane, president of Safety Research and Strategies. “Manufacturers are becoming much more diligent about fixing things that they would have been able to get away with doing customer satisfaction or dealer bulletins that NHTSA would have accepted in past. Today, no one’s even going to cut these corners.”

One year later, U.S. and international automobile manufacturers are also scrambling to find and recall any vehicle that features an airbag manufactured by Takata.  The concern involves moisture and rust on one of the components, which could lead to the airbags failing to inflate, suddenly inflating, or rupturing after an accident, sending shrapnel into the vehicle’s occupants. At first, Takata attempted to avoid scrutiny and regulations by stating that automotive manufacturers were responsible for issuing recalls, but recently, the maligned Japanese company signed an agreement to cooperate with regulators.

Congress recently changed the amount of money that the NHTSA can fine manufacturers to punish them when they are negligent or irresponsible. The number fell short of the Obama Administration’s requested $300 million, but was raised to a respectable $105 million.

Fiat Chrysler spokesman Eric Mayne said that, in response to the suddenly increased focus on safety recalls, the automaker has “hired additional personnel and created new positions dedicated to (recall) campaign execution. We have also taken steps to improve our parts procurement.”

Transportation Secretary Anthony Foxx acknowledges that the NHTSA suffers in part because it is drastically underfunded, but that the administration must work much harder to keep up with negligent manufacturers.

“If companies fall short, they are going to hear from us,” he said in a statement.