Please visit our website http://vw-diesel-lawsuit.com to see how you can join the VW lawsuit. 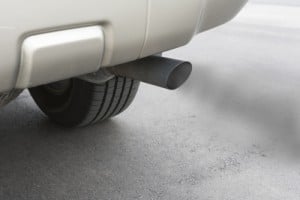 The most recent in a series of quickly-filed emissions class action lawsuits against Volkswagen came from a couple in Sacramento, CA.

This latest class action lawsuit seeks justice on behalf of “tens of thousands of Californians” who bought or leased a VW with a diesel engine between 2009 and 2015, thinking the vehicles were fuel efficient and better for the environment due to Volkswagen’s alleged high emissions standards.

However, a small emissions testing laboratory discovered in the third week of September that Volkswagen actually used a piece of “cheat software,” which turned the high emissions standards on when the vehicle was in yearly emissions testing, but then turned it off when the testing was done. This violates codes according to the Environmental Protection Agency (EPA), and also violates several of California’s emissions laws. California has some of the highest environmental standards and toughest environmental laws in the country, so many of the Volkswagen class action lawsuits are likely to be filed with that state.

California itself has also launched a criminal investigation in Volkswagen’s use of the software.

“Put simply,” the complaint alleges, “[Volkswagen’s] defeat device results in cars that meet emissions standards in the laboratory or testing station, but during everyday operation the device is programmed in such a manner that [a car] emits nitrogen oxides at up to 40 times the standard permitted by U.S. health regulations.” Nitrogen oxides contribute to ozone and smog.

The lawsuit also notes that Volkswagen owners were not only lied to in the company’s car advertising when they assumed they’d be buying an environmentally friendly vehicle, but in addition, the vehicle is also worth less on a trade-in.

In addition to the Sacramento couple’s lawsuit, two Standford University teachers filed an emissions lawsuit against VW on Friday, September 25th, involving their 2013 Passats. At the same time, a Los Angeles resident filed a lawsuit over his 2010 Audi.

“If there is sufficient evidence to show that Volkswagen intentionally programmed its vehicles to override the emission control devices, the company and any individuals involved could face criminal charges under the Clean Air Act, and for conspiracy, fraud and false statements,” said David M. Uhlmann, a former chief of the Justice Department’s Environmental Crimes Section , now a law professor at the University of Michigan, said in an interview regarding the Volkswagon class action lawsuits. He called criminal charges “almost certain.”

“When representations are made to the investors about a core product, the notion that some of them said they didn’t know those representations were false is reckless in and of itself,” Volkswagen CEO Martin Winterkorn stated during his resignation speech.