Whistleblower Lawsuit Leads Gallup to Pay $10.5 Million Back to Government 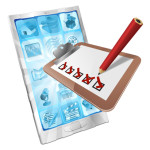 The US Department of Justice (DOJ) announced on July 15th that they had reached a settlement with the Gallup Organization, which violated the False Claims Act and the Procurement Integrity Act regarding its federal contracts. After a whistleblower lawsuit alerted the federal government to the organization’s fraud, Gallup reportedly agreed to pay $10.5 million to resolve the allegations.

Former Gallup employee Michael Lindley filed a whistleblower lawsuit against “The Most Trusted Name in Polling” on October 21st, 2009. The DOJ joined the lawsuit in August 2012.

Lindley claimed in his whistleblower lawsuit that the Gallup Organization routinely and knowingly submitted inflated cost projections to the US Mint and State Department when procuring market-research contracts. Lindley worked as the Director of Client Services for the organization at the time, so he saw first-hand the huge profits Gallup made from their estimations.

Lindley also accused Gallup of corrupting the integrity of government contracts for offering a job to Timothy Cannon, the former director of the Human Capital Division of FEMA, if he agreed to steer lucrative government contracts towards Gallup. Cannon pleaded guilty to the charges, including criminal violation of federal conflict-of-interest laws, and agreed to pay $40,000 to resolve the charges.

Finally, Lindley charged in his whistleblower lawsuit that Gallup wrongfully terminated him after he brought the allegedly fraudulent practices to the attention of senior management in July 2009. He said that on July 23rd, he told Gallup’s Government Division Manager that he would report the misconduct to the DOJ if the company did not stop their fraudulent practices. The polling company fired Lindley the next day, which is an illegal termination.

“I’m sure there are other people out there who are in the same position as I was four years ago,” Lindley said, “people who want to come forward and do the right thing but who are afraid to risk their careers and reputations. Whistleblowers should know that they are not alone. With an experienced legal team to guide you, you can blow the whistle and the Department of Justice will take your claims seriously. Today’s settlement proves that the process can work.”

Federal whistleblower law states that successful litigation leads to whistleblowers receiving part of the lawsuit money. Lindley, for his hard work exposing fraud, will receive $1.9 million of the $10.5 million owed to the federal government.

However, because Gallup agreed to settle the whistleblower lawsuit rather than go to court, they do not have to admit any wrongdoing.

“By ending this civil action with no admission of wrongdoing, Gallup can avoid further distraction and focus on serving its customers,” the company said its statement.

Whistleblower lawsuit attorney Robert L. Vogel, who is part of the team that represented Lindley, said, “This case demonstrates that, when doing work for the government, a company has to play it straight when it tells the government what kind of work it will take to complete a job. A company cannot inflate the cost estimates it is providing to the Government when, at the same time, its own internal budgets show that it expects to complete the work at much lower costs.”