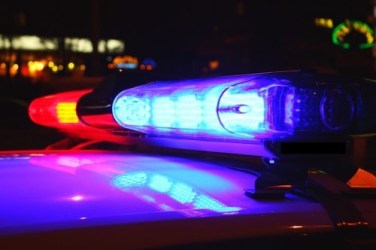 A 20-year-old West Ashley, SC resident has been charged with felony DUI for causing a wreck that killed a teenager over the weekend of August 15th.

James Bryson Munn has been charged with both felony DUI and minor in possession of beer.

Munn was also injured in the car accident, and he remains in the hospital for his injuries. Although he is not in jail at the moment, his bond has been set at $100,475.

According to police reports, on Saturday, August 16th, Munn was driving through the Johns Island area, passing vehicles at a high rate of speed, when his Chevy Equinox ran off a ramp on the side of the road, so he overcorrected and collided with a Jeep Compass. Victim Kylie Gillette, 17 years old, was pronounced dead at the scene.

Deputies say Munn had “bloodshot watery eyes, slurred speech, and an odor of a consumed alcoholic beverage coming from his person.” He failed a field sobriety test. He was taken to a local hospital for treatment of his injuries, where he was informed that he would be charged with felony DUI.

Reportedly, Munn had attended the memorial service of a friend who had just recently died in a plane crash.

A driver who is over the age of 18 but under 21 charged with DUI may additionally be charged with child endangerment and subject to additional criminal penalties if they are carrying a passenger younger than 16. The underage DUI suspect could also face reckless endangerment charges, charges for being a minor in possession of drugs or alcohol, or vehicle violations. If you are over 21 years old and you distributed alcohol to a minor which led to an underage DUI charge or accident, you could face serious charges of child endangerment and distributing alcohol to minors, which can lead to a revoked driver’s license or business license.