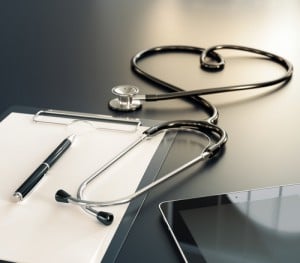 A man from California has been found guilty in Columbia, SC for healthcare fraud and money laundering in connection with a “ghost” medical clinic he set up in South Carolina, which filed more than $1 million in fraudulent Medicare claims.

He was one of the US Department of Health and Human Services’ Top 10 Most Wanted for the serious healthcare fraud he committed. It is believed that he is one member of a transnational organization that exists to defraud US federal programs of money and move the money to other organizations around the globe.

The group fraudulently billed Medicare for $1.1 million, of which Medicare paid $350,000. The money was laundered through banks in Southern California.

“Blkhoyan’s sentence is a warning to others that would defraud Medicare and steal from the programs that provide assistance for individuals in need. We will investigate every dollar, every fraudulent claim, and when you are found, you will go to prison.”

“When the rich take things that don’t belong to them they want us to call it fraud. But let’s be clear, it is stealing, it is wrong and against the law. He stole from all of us. We will continue to aggressively prosecute those who steal from us. Let there be no doubt about that,” US Attorney Bill Nettles said.

Healthcare Fraud Is Expensive for Government and Victims

According to the Federal Bureau of Investigation, healthcare fraud costs the United States an estimated $80 billion per year. As the costs of healthcare go up, and national healthcare spending surpasses $2.7 trillion, it is more important than ever to report Medicare, Medicaid, and healthcare fraud.

If you believe that you have witnessed healthcare fraud, Medicare or Medicaid fraud, or another form of conspiracy to defraud the government, contact the qui tam attorneys at the Strom Law Firm today. We offer free, confidential consultations to discuss the evidence you have, so contact us for help. 803.252.4800