Chance receives a Second Chance: a Texting While Driving Story 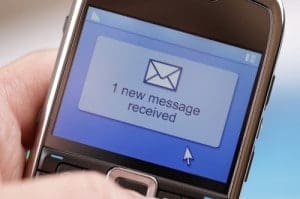 ‘I need to quit texting’

Chance Bothe, 21-year-old student from Houston, sent one last text message before driving off a 35-feet tall bridge and crashing. Prior to the accident, Chance was involved in a heated text messaging argument with a friend. During the texting argument Chance wrote, “I need to quit texting because I could die in a car accident and then how would you feel…”

Chance’s car then flipped off the bridge crashing into an embankment causing him to suffer traumatic brain injuries, a broken neck, a punctured lung, compound leg fractures, a fractured skull, sternum, rib fractures and facial injuries that required numerous reconstructive surgeries. The engine of the car came through the dashboard crushing Chance’s body. The roof of the car also collapsed causing Chance to suffer injuries to his head. Emergency crews and friends were able to remove Chance from the car, seconds before the car caught fire.

Chance’s father, Bobby Boothe, spoke to ABC News about the accident that nearly took his son.

“The truck caught on fire. They dragged him out and then they sent him to a local hospital. It was bad, real bad,” Bobby Boothe recalled.

Upon learning of the extent of Chance’s injuries Bobby states, “I said ‘Call the funeral home. He’ll never make it.”  Bobby says following the accident his son looked like someone threw a gallon of red paint on him because there was blood everywhere.

Miraculously, Chance survived and was given a second “chance”. Chance was treated at a San Antonio hospital for his broken bones before being transported to TIRR Memorial Hermann in Houston for treatment for his traumatic brain injury. Chance had to endure six months of grueling rehabilitation at TIRR. He had to learn how walk again and how to adjust to the changes in his personality resulting from the traumatic brain injury. As of now, Chance’s doctors state that his recovery stands at 80-percent at the six-month marker.

‘I should tell everyone not to text message and drive’

“Unfortunately we’re seeing more and more patients here that had their brain injuries as result of texting and driving,” Dr. Jacob Joseph states.

“And unfortunately I don’t think we’re going to see a decrease in that anytime soon,“ Dr. Joseph concludes.

As for Bobby Boothe, he is thankful to still have his son, but offers cautious words of advice for parents. “If I had a kid 16 years old starting to drive, they could have a phone but the texting feature wouldn’t be on it. That’s how strongly I believe it. It about took him.”

Chance, too, has had time to examine his life after the accident and states, “What people have told me is the reason God didn’t keep you away from this earth is because you have something special to do. And I believe what is special is that I should tell everyone not to text message and drive.”