Colorado Campaigns Against DUID from Marijuana 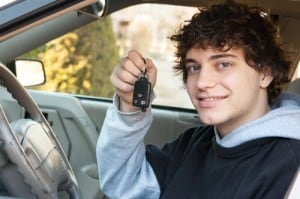 Colorado recently passed legislation legalizing recreational marijuana use. However, the legislation has increased DUI charges as drivers are being pulled over for driving under the influence of marijuana.

To help combat the problem, the Colorado Department of Transportation released the “Drive High, Get a DUI” campaign on Thursday, March 6th. The series of ads take a humorous spin on the situation, showing spacey marijuana users behind the wheel, flaking out on easy, everyday tasks.

One of the anti-DUI ads shows a basketball player at the foul line in a playground, endlessly dribbling while his teammates wait in frustration for his teammate to remember to shoot the ball. Another ad features a backyard griller trying to turn on his gas grill, but the propane tank is missing. After many futile attempts, a woman on the back deck rolls her eyes. “Grilling high is now legal. Driving to get the propane you forgot isn’t,” the ad concludes.

“Enforcement is very important when it comes to impaired driving, but education is equally important,” said Bob Ticer, police chief in Avon and chairman of Colorado’s Interagency Task Force on Drunk Driving.

Washington State, the only other state in the US to legalize recreational marijuana use, reported 1,300 drivers test positive for marijuana in DUI arrests – about 25% more than last year. While there has been no corresponding increase in car accidents, 720 of the DUID arrests had marijuana levels high enough to lead to an automatic DUID conviction.

Although South Carolina legislators are discussing laws to legalize medical marijuana use, currently the state does not allow any type of marijuana use, and will criminally charge users.