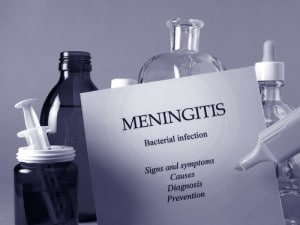 After his arrest on September 4th, Glenn Adam Chin, 46, pleaded not guilty to charges involving tainted steroid injections manufactured at a New England compounding pharmacy, which led to hundreds of cases of fungal meningitis.

Chin is the first person arrested on criminal charges related to the fungal meningitis outbreak, which stemmed from the New England Compounding Center, a compounding pharmacy owned by the Conigliaro family. The NECC made specialized steroid injections to help treat chronic back pain, but the injections reportedly had visible particulate matter that caused fungal meningitis in 751 patients, and killed 64 people, across 20 states in the US.

The fungal meningitis outbreak was so severe that the federal government created legislation to help the FDA regulate compounding pharmacies, which had been exempt from several regulations because the pharmacies were supposed to make individual drugs, rather than manufacture large batches like other pharmaceutical companies. However, compounding pharmacies found a loophole that allowed them to manufacture “specialized” drugs in large enough batches to sicken hundreds of patients, and the lack of oversight from the FDA or other regulatory agency led to the multistate fungal meningitis outbreak.

Chin was arrested while attempting to leave the country to go to Hong Kong for a wedding, according to court documents, and had round-trip tickets with his wife, two children, and his mother. He was not attempting to flee.

However, Chin was arrested on criminal charges, because he reportedly signed off on a batch of steroid injections from the NECC that resulted directly in 217 fungal meningitis infections, and 15 deaths.

“Chin instructed pharmacy technicians to fraudulently complete cleaning logs at the end of each month purporting to show the rooms were properly clean and maintained when in fact they had not been,” FBI Special Agent Benedict Celso said in his affidavit.

He was charged with one count of mail fraud and released to home confinement on a $50,000 surety bond. He faces up to 20 years in prison for the federal charge.

In July, a federal bankruptcy court approved a deal to settle numerous personal injury and wrongful death lawsuits filed against the now-defunct compounding pharmacy, which could pay out as much as $100 million to fungal meningitis victims and their families.