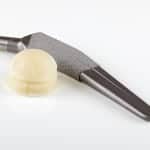 Johnson & Johnson, the world’s largest pharmaceutical and medical manufacturer, is considering a radical step in the personal injury cases against their subsidiary, DePuy, and their all-metal hip replacement devices: a $3 billion settlement.

The company seeks to resolve as many as 11,500 lawsuits pending in the US, which would be a payout of around $300,000 per personal injury case. If the plaintiffs accept the terms, that would mean DePuy/J&J would pay out more than $3 billion.

“It’s going to be a fascinating case to watch settle because of the level of complexity of the injuries and the amount of money that will be involved,” said Bruce Cranner, a medical device defense lawyer not involved in the case. “You don’t see a lot of mass-tort implant cases settle for a substantial amount of money.”

According to those involved in the settlement, J&J hopes to resolve the DePuy all-metal hip cases by early next year. In 2010, the company recalled 93,000 all-metal hip replacement devices, manufactured by their subsidiary company, DePuy Orthopedics. That included a recall of 37,000 devices in the US. The company claimed initially that the recall was due to low sales figures, making the continued manufacture of the all-metal hip devices unappealing, but it turned out that 12% of the devices failed within the first five years after hip replacement surgery.

Two multidistrict litigations (MDLs) exist for the DePuy all-metal hip device personal injury cases – one for the Pinnacle model, and one for the ASR model.

If J&J is looking to increase the settlement amount, it is likely due to concerns about pending bellwether cases.

The first DePuy all-metal hip device personal injury bellwether case concluded in favor of the plaintiff, Loren Kransky, a retired prison guard and Vietnam veteran who had hip replacement surgery in 2007, and after 25 revision surgeries and a host of related health problems – including infection, metallosis, and liver damage – he finally had the device removed in 2012.

Kransky was awarded $8.3 million – $338,136 for healthcare costs, and $8 million for emotional pain and suffering. However, the jury also ruled that, despite the tragedy that happened to Kransky, J&J/DePuy Orthopedics did not commit fraud or have malicious intent when creating and selling the all-metal hip replacement devices. If they had, punitive damages in the case could have amounted to an additional $179 million for Kransky.

The DePuy implants are failing after only two or three years, and as a result requiring expensive and painful surgical procedures to have the implant replaced or repaired.