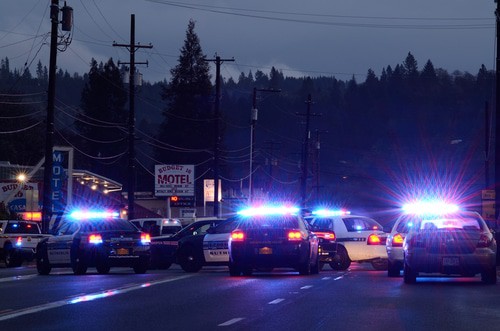 According to authorities, a drunk driver struck a highway patrolman after fleeing a Memorial Day DUI checkpoint.

The Charleston County Sheriff’s Office reports that 26-year-old Elizah Robertson of Goose Creek, SC, tried to flee a traffic checkpoint that had been set up to near Myers Road. While fleeing the DUI and safety checkpoint, Robertson hit a highway patrolman with his car.

Authorities say that Robertson then fled the scene, headed toward Highway 176. He then struck a white Cadillac that was stopped at the DUI checkpoint. After hitting a second car, the drunk driver continued to evade troopers, collided with a Chevy Pickup truck that was attempting to make a U-turn near Branchwood Drive, then drove off the road into a wooded area, causing a minor fire.

Police arrested Robertson for assault, as well as driving under the influence (DUI).

Drunk Driving Accidents and DUI Charges Can Be Devastating

Strom Law Firm is committed to managing the legal burdens of a felony-related drunk driving accident to the highest letter of the law, so that clients and their families can focus on coping with the tragedy itself.

Penalties for Causing Death While Driving Under the Influence