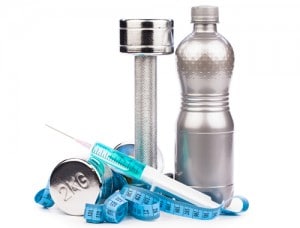 Endo Pharmaceuticals and the Prostrakan Group PLC were hit with a product liability lawsuit in a Pennsylvania court in early May for their testosterone therapy gel, Fortesta.  The lawsuit claims that the company failed to disclose serious and dangerous side effects associated with the low testosterone “Low T” therapy.

This is the first product liability lawsuit to be filed against UK-based Prostrakan in the Philadelphia Court of Common Pleas. Plaintiff Demetric Taylor and his wife allege that use of Fortestra led to Taylor’s heart attack.

“Defendants’ advertisements suggest that various symptoms often associated with other conditions may be caused by low testosterone and encourage men to discuss testosterone replacement therapy with their doctors if they experienced any of the ‘symptoms’ of low testosterone,” allege papers filed in the lawsuit. “These ‘symptoms’ include listlessness, increased body fat and moodiness — all general symptoms that are often a result of aging, weight gain or lifestyle, rather than low testosterone.”

Taylor’s complaint alleges that both he and his doctor believed that Low T was a real disease and treated it with Fortestra. However, the defendants failed to mention in their testosterone therapy marketing that there were serious and dangerous side effects associated with the gel.  While this is the only product liability lawsuit currently pending against Prostrakan, the number of individuals suffering similar low testosterone side effects is unknown.

Using the testosterone therapy drug, according to the Taylors, led to Demetric’s heart attack and subsequent medical bills.

The FDA Backtracks Regarding Effectiveness of Testosterone Therapies

There are currently 38 lawsuits against AndroGel across the country, alleging that the testosterone therapy caused life-threatening heart conditions and clotting problems in older men who were prescribed the drug. The majority of the lawsuits have been filed in Illinois, which led to the motion requesting consolidation in the state. Other testosterone therapy lawsuits have been filed in California and Pennsylvania.

The Food and Drug Administration (FDA) issued a statement on Friday, January 31st, that the agency will investigate reported risks for heart attack and stroke associated with testosterone therapy. The FDA alleges, however, that while it approved testosterone therapies like AndroGel for specific low-T issues including hypogonadism, it did not approve the drug for age-related “low-T” issues like sexual performance problems.

The Strom Law Firm Can Help with Dangerous Drug Cases, Including Testosterone Therapy

Strom Law Firm, L.L.C. is a leader in the consumer protection battle against dangerous prescription drugs and medical devices, from AndroGel to Zoloft. We represent individuals who have been killed or injured by dangerous or defective pharmaceuticals. If you or a family member have been injured or killed after using a dangerous drugs or medical products such as testosterone therapy or supplements, contact our dangerous drug lawyers as soon as possible so that we can begin taking steps to preserve evidence and your claim immediately. We offer free consultations to discuss the facts of your case. 803.252.4800