Hospital-Acquired Infections of Superbug in NC Related to UCLA 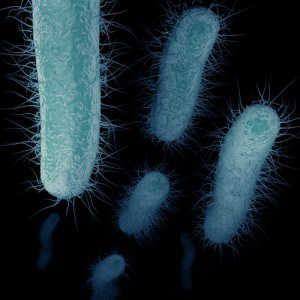 The superbug CRE – carbapenem-resistent Enterobacteriaceae – has been found to be the cause of several hospital-acquired infections in North Carolina, just days after a reported outbreak of the superbug in Los Angeles.

According to Kevin McCarthy, a spokesman for the Carolinas HealthCare System, 18 people have been diagnosed with CRE infections – 15 of the patients had the infection upon entering the hospital for a procedure, and 3 people caught the disease in the hospital. Two patients have died, one of whom acquired the superbug while being treated in the hospital.

The CDC revealed that CRE infections, especially tied to hospital-acquired infections, have been reported in all but three states. The two other large superbug outbreaks were in Los Angeles, at the UCLA Medical Center, and in Seattle, at Virginia Mason.

“The CDC put out an alert saying this is one of the most urgent threats to health care in the United States,” said Dr. Katie Passaretti, medical director for infection prevention at Carolinas HealthCare. “It’s a relatively new one but one that is definitely increasing in frequency.”

Rep. Ted Lieu (D-Torrance) has sent an official letter to the House Committee on Oversight and Government Reform, requesting an investigation into the Food and Drug Administration’s procedures around superbugs like CRE, and what medical device makers are doing to help prevent hospital-acquired infections.

“While federal agencies such as the Centers for Disease Control and Prevention are combating superbugs, the current recommended sterilization procedures would continue to result in superbug outbreaks and deaths,” Lieu said.

Of particular concern in the Seattle and Los Angeles superbug outbreaks is the duodenoscope, a type of endoscope that allows doctors to see the throat, stomach, and intestines without the patient undergoing surgery. However, hospitals at the center of the superbug outbreaks have stated that the duodenoscope medical device are difficult to clean and, although they have followed the manufacturers’ and the FDA’s recommended cleaning guidelines, hospital-acquired infections still persist, especially with antibiotic-resistant bacteria.

“Some parts of the scopes may be extremely difficult to access and effective cleaning of all areas of the duodenoscope may not be possible,” the FDA warned last week.

In 2013 and 2014, the FDA received 75 reports of adverse events associated with the medical devices, which resulted in harm to 135 patients through hospital-acquired infections. However, the FDA acknowledged that health care providers do not always submit reports of adverse events or hospital-acquired infections, so that is likely an underestimate.

Rather than discuss a medical device recall or better cleaning measures, on Thursday, February 19th, the FDA issued a “safety communication” to warn healthcare providers about the potential cleaning issues around the duodenoscopes. The communication recommended a procedure called “reprocessing” which would more thoroughly sterilize medical devices.

Each year, nearly 100,000 people die as a result of hospital-acquired infections, surgical errors, defective medical devices and many more suffer devastating personal consequences. Surgical errors and medical malpractice can ruin you and your loved ones’ lives, demanding time away from work and thousands of dollars in medical bills. If you or a loved one has suffered pain, patient death, and continuing health problems after surgery, you may be entitled to compensation for your injuries. The attorneys at the Strom Law Firm can help. We offer free consultations, so contact us today about your medical malpractice concerns. 803.252.4800.