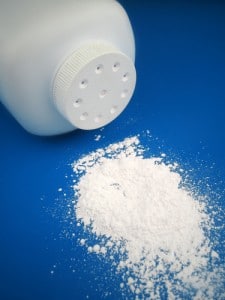 In November 2013, a South Dakota jury ruled that pharmaceutical giant Johnson & Johnson was guilty of negligence involving their talcum powder product, Shower to Shower, but that they would pay no financial penalty for failure to warn.

Deane Berg, 56, was diagnosed with ovarian cancer in 2006. She claimed that she had used Johnson & Johnson’s talcum powder products, especially Shower to Shower, for over 30 years. Three doctors examined her cancer and found talcum powder in the cancerous tissue, and the plaintiff herself stated that she had no other risk factors for ovarian cancer.

Johnson & Johnson argued that the studies showed statistically insignificant information about the link between ovarian cancer and talcum powder and that the evidence, though compelling enough for further scientific investigation, did not warrant a warning label on the company’s talcum powder products.

Ultimately, the jury decided that both plaintiff and defendant were correct. They ruled that Johnson & Johnson was negligent, and failed in its duty to warn the public about information specifically related to using their product, Shower to Shower. However, they also found that the product was not inherently defective without the warning label, so Johnson & Johnson was not liable for Berg’s ovarian cancer and therefore would not pay damages.

However, more studies are being conducted on the link between talcum powder use, especially in the perineal and genital areas, and ovarian cancer. The more companies ignore or deny this link, the more their consumers will suffer the consequences.