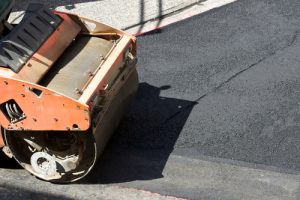 A man was charged in Lexington County with hitting and killing a Department of Transportation worker – and his third DUI charge.

On December 4th, 39-year-old Thomas Stafford from West Columbia was driving down I-20 when he suddenly swerved into 21-year-old Nicholas Johnson of Columbia, a DOT worker. He then pulled over a short distance later on the interstate when his friends indicated he should pull over. They explained what happened to him.

At a bond hearing that afternoon, Stafford said he had no idea what happened. “It scared me,” said Stafford in court. Officers said that Stafford was confused because he was drunk.

Stafford’s first DUI charge came in 2009, so this is far from his first offense. He was arrested a second time, just 16 days before the accident – on November 19th. Although he was not in jail, he was still awaiting trial for that charge.

This will be his third DUI charge and his first charge of leaving the scene of an accident that involves death.

“I routinely see judges give people 10 to 25 years on felony DUI when there is a history of alcohol involved and a high alcohol content in a particular case,” said Pete Strom, former US Attorney and founder of the Strom Law Firm in Columbia, SC.  “Oh yeah. The judges do not mind stickin’ it to them and sending a message.”

According to Strom, Stafford could face a 25-year sentence.

“Sometimes you see something that’s situational,” said Strom.  “Sometimes it’s someone who very rarely drinks and he goes to some Christmas party and he has too much.” However, in Stafford’s case, he has a history of DUI charges. “The courts look at that. They want to know ‘what’s the story on this guy?  Is there a history here?’ You want to bring in his family. This guy is presumed innocent, but if he’s convicted with high alcohol content, he’s going to be facing a significant amount of time.”

In 2009, South Carolina DUI penalties became more intense with stiffer fines and more jail time making it even more critical that you are represented by a criminal defense lawyer.

Whether it is your first offense or you have a prior record of DUI charges, our extensive knowledge of the law and access to resources can help you avoid fines, the loss of your license, jail time and other potential DUI punishments, including a suspended license.

If you have been arrested on suspicion of DUI, you need a criminal defense attorney to ensure that you do not unknowingly waive any important rights. It is a complex law, with a surprisingly large gray area of actual DUI culpability.

If you face DUI charges in South Carolina, do not hesitate to contact the Strom Law Firm for help. We offer free, confidential consultations. 803.252.4800