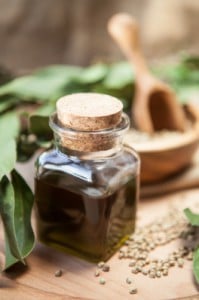 The bill was inspired by the story of one girl, Mary Louise, whose severe epilepsy condition prevented her from walking, talking, and having a normal childhood. Her mother, Jill, found that CBD oil was the only option to treat her daughter’s condition, and considered moving the family to Colorado in order to have access to the drug.

CBD can be derived from marijuana as an oil and used to alleviate symptoms of some neurological disorders such as epilepsy. THC, another prominent chemical in marijuana, is responsible for the “high” or euphoric feeling sought out by recreational users. Although the FDA has not conducted specific tests into the effectiveness of this form of medical marijuana, many people believe that the CBD compound has medicinal properties that alleviate pain and discomfort from chronic conditions such as fibromyalgia, epilepsy, and cancer.

Sen. Tom Davis, R-Beaufort, who sponsored the Senate version of the bill that eventually became law, says, “The young girl that inspired me to file this bill, a 6-year-old named Mary Louise Swing in Charleston, has up to 150 seizures an hour, and with medication, conventional pharmaceutical medication, that gets knocked down to about 30-40 a day. But with CBD oil, anecdotal evidence is and others have gotten relief where the pharmaceuticals don’t provide it. So we’re talking about changing some lives in South Carolina, so it’s a really great day.”

Rep. Jenny Horne, R-Summerville, who sponsored the House version of the bill, says, “I believe that in the future we may be a place where we can produce this drug so that children in the South, in South Carolina and on the East Coast would be able to come to South Carolina in order to have this kind of treatment, provided that we can come up with a plan in the future for the lawful cultivation of the genetically-engineered plant, which is what the goal of the study committee is.”

The bill went into effect on Monday just after Governor Haley signed it. However, because all forms of marijuana use have been illegal in South Carolina, including medical marijuana, CBD oil is not readily available. The law includes a provision to create a committee that will examine the best way to grow marijuana in the state, as well as process them for medical marijuana and dispense CBD oil to patients.

If You Face Marijuana Charges, Including Drug Charges for Medical Marijuana Use, The Strom Law Firm Can Help

If you or a loved one have been found with medical marijuana, you could face criminal charges ranging from misdemeanor to felony, depending on how much marijuana was in your possession, and what your intent was with the drug. The drug crimes attorneys at the Strom Law Firm can help. Do not let drug charges for medical marijuana hurt your reputation or your personal or professional future. We offer free, confidential consultations to discuss the facts of your case. Contact us today for help. 803.252.4800