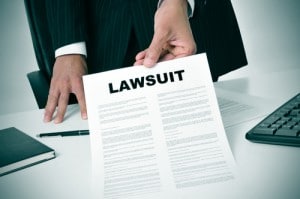 Another Xarelto lawsuit alleging physical injury and failure to warn regarding Xarelto prescriptions has been filed in a Philadelphia court as of February 20th.

Jermaine Tavon McMillan was prescribed Xarelto to prevent blood clots, like many patients in recent years. Xarelto was originally developed and promoted as a safer alternative to the generic warfarin, and approved by the FDA in 2011. Pharmaceutical manufacturer Janssen, a subsidiary of Johnson & Johnson, also claimed that Xarelto was easier to use than warfarin, as it does not require regular blood tests to prevent bleeding issues.

However, this is one of the problems with Xarelto: the drug has caused major bleeding issues and sometimes death in patients and their families, and there is still no antidote, so there’s no way to stop the bleeding.

McMillan’s Xarelto injury claim states that Janssen failed to properly test their blockbuster blood thinner, and did not have proper safety information about the drug for the FDA, doctors, and pharmacists, who could otherwise issue knowledge-based warnings about Xarelto’s possible dangers. Because of their omission, McMillan claims, he suffered internal bleeding problems, serious and long-lasting physical injuries, and emotional pain and suffering.

“After more than three years on the U.S. market, and more than 2 million patients prescribed in the U.S. to date, the benefit-risk profile of Xarelto remains favorable and consistent with its clinical trials,” said William Foster, spokesperson for Janssen Pharmaceuticals. “All anticoagulants, or blood thinners, carry the risk of bleeding, and the prescribing information for Xarelto has always warned of these risks.”

If you are a South Carolina or Georgia resident and you have taken Xarelto as part of a regimen to prevent blood clots, and have since suffered serious life-limiting side effects, you may have a personal injury Xarelto lawsuit.

Side effects of Xarelto include:

You may have be suffering side effects of Xarelto internal bleeding or uncontrolled bleeding, and should see a doctor immediately. If you continue to suffer serious side effects from taking Xarelto, and face lost wages, physical disability, or mounting medical bills, you could have a personal injury case.

If you have suffered serious personal injury after a Xarelto-related bleeding incident, or a loved one has died because of an uncontrolled bleeding event caused by Xarelto, then you may have a personal injury or wrongful death case. The South Carolina defective drug attorneys at the Strom Law Firm are investigating Xarelto bleeding cases. You do not have to suffer huge medical bills, emotional pain, and disability alone. Contact the attorneys at the Strom Law Firm for a free consultation to discuss the facts of your Xarelto bleeding case. 803.252.4800