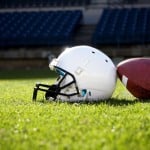 On Thursday, in a federal court in Philadelphia, the NFL filed a motion to dismiss 140 consolidated concussion lawsuits, representing more than 3,300 former players.

The NFL wants the suits dismissed “on the basis that the claims are preempted by federal labor law,” league spokesman Brian McCarthy said in a statement earlier this week. “The league’s preemption argument has already been accepted by two federal judges, who concluded that resolution of plaintiffs’ negligence claims would require interpretation of the various collective bargaining agreements under which the plaintiffs played and therefore preempted by federal labor law.”

If a CBA exists between the parties, then per Section 301 of federal labor law, any grievance set forth should be settled on those terms, rather than in court. The NFL is using this argument to dismiss the suit, saying CBAs between the league and players exist and should be used to settle the plaintiffs’ grievances.

The lawsuits, all regarding concussions caused by playing in the NFL, were consolidated under US District Judge Anita B. Brody. If Brody agrees to dismiss them early, or an umbrella settlement is reached, she will likely decide what evidence can be used at trial, and the cases might then return to their home district.

The thousands of players who filed lawsuits allege that the NFL ignored or misled players and the public about the dangers of concussions. They also claim not enough was done to assist them medically when concussions occurred, and intense pressure was put on them to continue playing despite injuries. Today, many of these players suffer sleeplessness, personality changes, memory loss, dementia, and motor function problems.

The NFL, however, insists that player safety has been one of their highest priorities. “Any allegation that the NFL intentionally sought to mislead players has no merit. It stands in contrast to the league’s actions to better protect players and advance the science and medical understanding of the management and treatment of concussions,” the league said in a statement earlier this year.

The Concussion Lawyers at the Strom Law Firm are currently accepting cases involving brain damage and concussions for former players. Call today for a free consultation. 803.252.4800