Recreational Marijuana Use Rises Sharply in US

Study Shows that More Adults Using Marijuana Than Ever Before 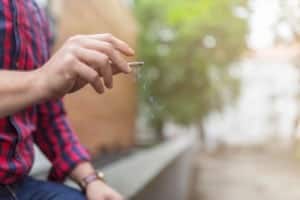 Between 2012 and 2013, more adult Americans used recreational marijuana than in the entirety of the previous 10 years, according to a new study.

“Based on the results of our surveys, marijuana use in the United States has risen rapidly over the past decade, with about three in 10 people who use marijuana meeting the criteria for addiction. Given these increases, it is important that the scientific community convey information to the public about the potential harms,” said George Koob, Ph.D., director of NIAAA.

Of course, part of the rise in marijuana use is linked to changing cultural attitudes toward the drug. So far, 23 states and Washington, DC have legalized medical marijuana use, although the federal government has not changed the drug’s legal status so medical studies can be performed on its effectiveness. In addition, Colorado, Washington state, Alaska, and Oregon have all passed legislation allowing recreational sale and use of the drug.

However, because marijuana is still a drug, there are problems associated with its use, which is why the National Institute of Alcohol Abuse and Alcoholism sponsored the study. Researchers classified these problems as “marijuana use disorders,” and showed that 3 in every 10 adults who used marijuana in the 2012-2013 year of the study had some type of disorder related to the drug. “Disorder” covered a spectrum of abuse of and dependence on marijuana.

“The trend upward in marijuana use indicates that more adults are at risk for marijuana-related adverse consequences, including the risk of marijuana use disorders (abuse or dependence) that we showed. Our findings are consistent with the studies of others that have shown increases in problems such cannabis-related emergency room visits and fatal vehicle crashes,” the study’s lead author, Deborah Hasin, a professor of epidemiology at Columbia University, said in an interview.

The study researchers stated that “As is the case with alcohol, many individuals can use marijuana without becoming addicted. However, the clear risk for marijuana use disorders among users (approximately 30 percent) suggests that as the number of U.S. users grows, so will the numbers of those experiencing problems related to such use. This information is important to convey in a balanced manner to health care professionals, policy makers and the public.”

Dr. Larissa Mooney, an associate clinical professor of psychiatry and director of the UCLA Addiction Medicine Clinic, who was not involved with the research, added that “A family history of addiction, genetics, social factors have a role [in addiction]. Having a co-occurring psychiatric disorder or a history of trauma or abuse.”

“Given changing laws and attitudes toward marijuana, a balanced presentation of the likelihood of adverse consequences of marijuana use to policy makers, professionals and the public is needed,” the study said.

States that have legalized recreational marijuana have seen different spikes and dips in addiction and intoxication in the past few years. For example, Colorado and Washington state initially reported a reduction in alcohol-related DUI, but an increase in marijuana-related DUI; yet these states have also recently reported that fewer teenagers are abusing marijuana, which could help reduce the rate of marijuana disorders in the long term.