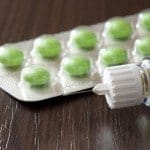 A study from researchers at the University of the Highlands and Islands shows that a drug used to reverse paracetamol overdose could help prevent blood clots in patients with Type 2 diabetes.

Professor Ian Megson, at the University’s Department of Diabetes and Cardiovascular Science, studied the drug N-acetylcysteine’s effect on platelets, which are responsible for blood clots.

In patients with Type 2 diabetes, life expectancy is shortened due to heart attacks and strokes, often caused by blood clots related to the disease. People who have Type 2 diabetes have platelets with depleted reserves of an antioxidant called glutathione.

N-acetylcysteine, taken once a day, was shown to level out glutathione. Doctors normally prescribe aspirin to prevent heart attacks, but previous studies showed that aspirin was less effective in patients with Type 2 diabetes before heart disease has been diagnosed.

Professor Megson said: “Aspirin has long been recognised to be useful in helping to prevent heart attacks, but it has recently been found to be largely ineffective in patients with diabetes before there is evidence of heart damage. There is an urgent need to find new drugs as alternatives to aspirin in this vulnerable group of patients. This study represents an important early step in finding just such a drug. We are now in the hunt for further funding to take the therapy to larger trials to establish its potential in patients with both type 1 and type 2 diabetes.”

Because N-acetylcysteine is tied to glutathione levels, the drug would only be effective for patients who suffer low levels of the antioxidant. Therefore, the research shows that the drug can be targeted to particular patients, making its use more effective.

The discovery of the overdose drug’s powers come at a critical time for people with Type 2 diabetes. Until recently, Actos was a blockbuster treatment for Type 2 diabetes, but the drug has come under fire recently after several studies linking the drug to a dramatically increased risk of bladder cancer. Several patients who have developed bladder cancer after taking the drug are suing Takeda Pharmaceuticals for personal injury. Any new drug that can help treat Type 2 diabetes and its effects will offer a better solution than drugs such as Actos and Avandia.

If you or a loved one has Type 2 diabetes, talk candidly with your doctor about alternative treatments, such as diet and exercise, metformin (a drug shown to help control blood sugar more safely than Actos or Avandia), or even weight loss surgery. If you have taken Actos or Avandia to treat Type 2 diabetes and have since suffered dangerous side effects such as bladder cancer, heart disease, liver failure, or diabetic macular edema, you may be entitled to compensation. The lawyers at the Strom Law Firm are now accepting cases nationwide against Takeda Pharmaceuticals. We offer free consultations to discuss the facts of your case, so contact us today. 803.252.4800.