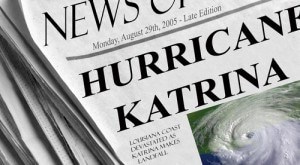 State Farm Insurance will pay $3 million in legal fees and damages for defrauding the National Flood Insurance Program after Hurricane Katrina, according to a whistleblower lawsuit.

A federal judge in Mississippi ruled against the insurance broker and in favor of the whistleblowers, Kerri and Cori Rigsby, who worked as contractors in Alabama after the devastating August 2005 hurricane. They filed their whistleblower lawsuit in 2006.

The jury in the whistleblower case found in 2013 that State Farm avoided covering policyholder’s losses by blaming damage on the storm surge, which was covered by federal flood insurance. That claim forced the government to cover the losses of those who did not actually suffer damage or loss related to Hurricane Katrina.

The Rigsbys had documents from State Farm showing that the policy of defrauding the US government was widespread along the Mississippi coast.

Although the sisters aimed to take several policyholders’ cases to court, the judge took only one complaint – Thomas and Pamela McIntosh, whose home was lost to the storm – because the Rigsby sisters had first-hand knowledge of how the claim was handled.

The judge ruled that State Farm would pay $750,000 in damages to the government, of which the Rigsbys will receive 15%. The Rigsbys will also receive an additional $2.6 million to cover attorneys’ fees and expenses.

State Farm denies any wrongdoing. While the company has not said whether or not it will appeal the verdict in the Katrina whistleblower lawsuit, the company has said that it has filed a counterclaim against the Rigsbys, alleging that they violated federal fraud law by taking computer and paper files from the company while employed as independent contractors.

Supreme Court Rules That Contractors Are Protected by Whistleblower Laws

The US Supreme Court ruled on Tuesday, March 4th, that employees who work at private firms that contract with publically traded companies are subject to whistleblower protections, just like other employees.

The justices voted 6-3 in favor of the ruling, along non-ideological lines. Justice Ruth Bader Ginsberg wrote in the majority opinion, “Based on the statutory text, and the mischief to which Congress was responding, we hold that (the law) shelters employees of private contractors that serve public companies.”

“Congress … understood that outside professionals are responsible for reporting fraud by the public companies they serve,” Ginsburg said. “Congress further learned that fear of retaliation was the primary reason why the employees of Enron’s contractors kept quiet about the fraudulent practices they witnessed.”

The court was interpreting the 2002 Sarbanes-Oxley Act regarding two whistleblowers who faced employer retaliation after raising some concerns regarding how their employer, Fidelity Investments’ parent company FMR LLC handled mutual funds. Although the mutual funds were publically-traded, management services were provided by private companies. One of the whistleblowers resigned her position with Fidelity after experiencing harassment and being passed over for a promotion due to her whistleblowing activities, while the other whistleblower was fired for his reporting.