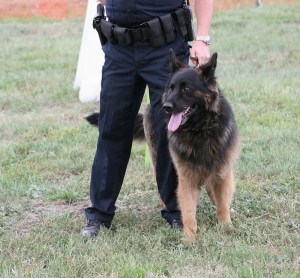 On Tuesday, March 26th, the Supreme Court decided that drug-sniffing dogs cannot be used to arrest citizens on drug crimes charges without first getting a warrant.

The specific case brought before the court involved Franky, a chocolate Labrador retriever who was outside the Florida home of Joelis Jardines and detected marijuana. Police used Franky’s signal to obtain a warrant to search the house. When police entered the home, they found a marijuana-growing operation inside, and arrested Jardines on drug crimes charges.

Jardines moved to have the evidence suppressed because it violated his Fourth Amendment Rights. The Florida Court agreed, and now the Supreme Court, in a 5-to-4 decision, agrees as well.

Justice Antonin Scalia wrote the majority decision, backed by an unusual alignment of justices. “This right would be of little practical value if the state’s agents could stand in a home’s porch or side garden and trawl for evidence with impunity,” Scalia wrote in a majority opinion. “The right to retreat would be significantly diminished if the police could enter a man’s property to observe his repose from just outside the front window.

“But introducing a trained police dog to explore the area around the home in hopes of discovering incriminating evidence is something else,” Scalia wrote. “Their behavior objectively reveals a purpose to conduct a search.”

In a previous case, the court said that police officers can walk onto a suspect’s property with a drug-sniffing dog and knock on the door. However, the current decision asserts that trained drug dogs could potentially be misused by police officers, and protects the rights of citizens to maintain private property.

Justice Scalia was joined in the majority decision by Justice Clarence Thomas, who frequently sides with the conservative judge, and three of the Court’s most liberal justices – Ruth Bader Ginsburg, Sonia Sotomayor, and Elena Kagan.

Dissent came from Justices Samuel A. Alito, Jr, Chief Justice John G. Roberts, Jr, and Justices Anthony M. Kennedy and Stephen G. Breyer. “A reasonable person understands that odors emanating from a house may be detected from locations that are open to the public,” Justice Alito wrote, “and a reasonable person will not count on the strength of those odors remaining within the range that, while detectable by a dog, cannot be smelled by a human.”

Whether you were arrested for drug crimes charges after being pulled over and searched on I-95 or you were arrested as a result of being monitored through electronic surveillance, the Fourth Amendment of the Constitution guarantees protection against unreasonable searches and seizures.

More than likely some form of search and/or seizure took place.

Reviewing whether an illegal search took place is essential to your defense as well as having your charge potentially reduced or even dismissed. The Strom Law Firm, LLC always evaluates whether or not law enforcement properly conducted a search and will request and analyze all of the evidence to determine how to present the most effective defense possible.

Illegal Search and Seizure issues include:

Drug crimes charges in South Carolina have serious consequences. The lawyers at Strom Law Firm LLC handle all types of drug crimes cases, from Simple Possession of Marijuana to Conspiracy to Traffic in large quantities of illegal narcotics. Contact the drug crimes attorneys at the Strom Law Firm LLC today for a free consultation to review the facts of your case.803.252.4800