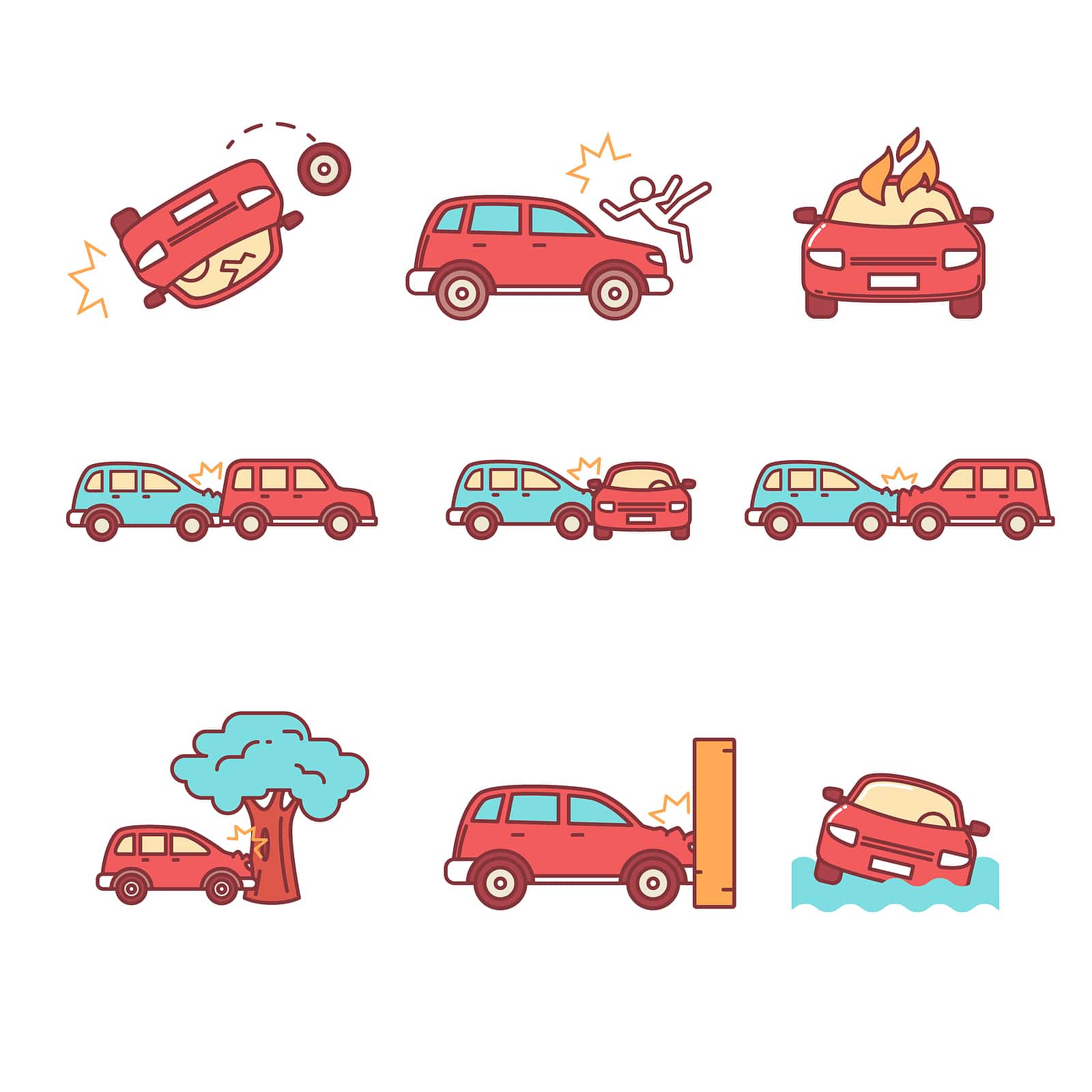 Using the roadways in South Carolina is a privilege, but it can also be a dangerous business.

No matter how carefully you drive, you cannot guarantee others will do the same. Accidents happen all the time, and they routinely cause serious injuries and even fatalities. Roadway accidents take many forms and they vary in regard to the features of the vehicles involved, their contributing factors, and the severity of the harm they inflict.

In this blog post, we review some common types of vehicular accidents, as well as the steps you can take to protect yourself and your rights in the aftermath of any car accident that affects you or your loved ones.

Big trucks or commercial motor carriers usually pull heavy loads in trailers. They may carry merchandise from city to city across the nation. Big trucks are vehicles weighing over 10,000 pounds. There are plenty of common causes for big truck accidents, but driver error is a common source. Drivers regularly suffer from fatigue, distraction, over-work, and poor decision-making.

Because the trucks involved in these accidents are so big, they often cause serious damage. If they collide with other cars or tip and roll over across and off the road, they can cause serious injuries and fatalities to anyone involved. If they are carrying dangerous materials, the damage can be even more serious. Over 5,000 big trucks are involved in accidents in a typical year.

Most pedestrian accidents cause severe injuries or death to pedestrians. Common injuries include broken bones, damaged internal organs, abrasions, head injuries, and more. Drivers must pay attention at all times while near pedestrians.

Bicycle accidents are similar to pedestrian accidents. However, riding a bike can be even more dangerous than walking. Bicycle riders must follow the rules of the road, which means they drive on the same roads and sometimes in the same lanes as cars. However, they are much smaller, which makes it harder for cars to see them.

Bicycle accidents often occur when a driver doesn’t notice a bicycle in their blind spot when turning or fails to stop for a biker who is crossing the street. As in pedestrian accidents, bicycle riders often suffer severe injuries such as broken bones, internal injuries, and head injuries from accidents. Drivers must pay close attention near a bicycle rider.

Motorcycle accidents occur regularly on busy roads. In some cases, motorcycle riders may have a hard time driving around debris on the roadway that might not be as problematic for other vehicles. However,the most common cause of motor cycle accidents is drivers who fail to see the riders.

Many motorcycle accidents occur when a car tries to make a turn in front of an oncoming motorcycle. They may also miss motorcycles in their blind spot when turning or if it’s dark out.

Motorcycle accidents are serious for motorcycle drivers who have less protection from injury than car drivers. They often suffer similar injuries to pedestrians and bicyclists, including serious head injuries, broken bones, and internal damage. Car drivers must pay close attention to smaller vehicles like motorcycles to avoid accidents.

A rollover is a type of accident in which a vehicle rolls over onto its top. In many situations, a car may roll over multiple times before coming to a stop. This type of accident most commonly happens when a tall vehicle tries to make a sharp turn or hits another vehicle or barrier on the road. Most commonly, these accidents affect SUVs, trucks, and other vehicles with high centers of gravity.

Rollover accidents are serious and can severely jar a person’s body. In addition, they may cause significant internal damage to the car, making it more likely to explode after a crash. After a rollover accident, seek medical attention as soon as possible.

One of the most common types of car accidents is a rear-end accident. Tailgating drivers who drive too close to the car in front of them often cause these accidents. If the driver in front has to stop or turn suddenly, theymay be hit by a driver from behind if that driver was too close or simply not paying attention.

Rear-end accidents often lead to multiple-car pile-ups if cars drive too fast on a roadway and don’t have time to stop. While they are sometimes less serious than other accidents, rear-end accidents usually damage vehicles.

Head-on collisions occur when two cars run into each other head-on. Often, they occur when one car tries to pass another and moves into the lane on the opposite side of the road. They may also result from a driver who swerves out of their lane to avoid debris or because they are distracted, under the influence, or falling asleep.

Side impact collisions can be very damaging, depending on how fast the cars were going and the severity of the impact. Many injuries result from side-impact collisions: neck and head injuries, broken bones, abrasions, and more.

Sideswipe accidents are especially common on highways and other multi-lane roads where people switch lanes often. Missing a car in a blind spot is a fairly typical reason for a sideswipe accident to occur. These accidents usually lead to serious injuries, much like those mentioned above.

Single car accidents only involve one car, as is evident in their title.

The causes for single-car accidents include:

The incidence of car accidents has steadily risen in recent years. The number of drivers has increased, as has the array of distractions they confront behind the wheel, especially when it comes to texting and cell phone use.

According to the National Highway Safety Administration, about 38,680 people died in car accidents in a recent year. Over 23,000 fatalities were among passengers of cars, while over 5,000 rode motorcycles and over 6,000 were pedestrians. Most fatalities caused by accidents occurred in accidents at night or on weekends.

According to the Centers for Disease Control and Prevention (CDC), the United States has one of the highest rates of traffic accident deaths in the world. The direct costs to recover from accidents in the past several years totaled $300 million. Some of the most common contributing factors in accidents in the United States included speeding, drunk driving, and distracted driving.

Seven Things to Do in an Accident

No matter what type of accident you’re in, you should immediately get the help you need and get started on the road to recovery:

Car accidents are far too common in the United States today, and most are avoidable. If you were in an accident because of someone else’s negligence and need help getting treatment and back to life as you know it, don’t hesitate to reach out for help from a car accident lawyer who will fight for you.

Facebook
Twitter
LinkedIn
PrevPreviousNeck Injuries: How They Happen and What They Mean for Your Legal Claim
NextRichland County Mask MandateNext