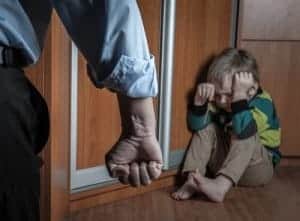 a 30-year-old single mother of six was put in jail last Tuesday after admitting to hitting three of her sons with a cord after they stole from and vandalized a neighbor’s home. The woman is from New Orleans, Louisiana, and she was released from custody on Wednesday morning. The case has sparked controversy between two schools of thought. Many people, including current and former public officials, opine that she was right to use corporal punishment with her children in order to teach a harsh lesson. However, many child welfare experts have disagreed, asserting that corporal punishment “can have damaging psychological effects on young lives.”

Despite push back from those groups, the New Orleans resident has received a good deal of support from the public. A local bail bonding woman paid for her release after hearing her story. The bondswoman explained that she had been shown mercy when her 16-year-old son was saved in a recent car accident. She said, “I just felt like I should help her because I owe God. I can’t repay him enough, but I know I owe him.” The district judge gave her case another look, lowering her bail from $2,500 to $1,000, and allowing her to be released on her own recognizance. This means that she did not have to pay anything to be released on her child cruelty counts.

Louisiana State Treasurer John Kennedy joined the conversation saying, “I bet those boys won’t be burglarizing other homes any time soon.” Then, a former state senator and lawyer offered to defend the woman free of charge, stating that her arrest was “absurd.” The senator continued by explaining, “While I am generally against corporal punishment as a rule, there are times when it is appropriate and understandable – as in here. She is trying to do the best she can, that I can assure you.” However, child welfare advocates and mental health experts say corporal punishment is not the best way to discipline children, because it often leads to negative long-term outcomes.

Many of these experts pointed to a study released in April which analyzed 50 years of research involving more than 160,000 children. The study concluded that “children who are spanked are more likely to defy their parents and ‘to experience increased anti-social behavior, aggression, mental health problems, and cognitive difficulties.’” The executive director of local child abuse advocacy group said that part of the reaction to the woman’s arrest may come from anxieties about cultural and societal change. “I think that there is a bit of fear from a lot of the public that things are kind of spiraling out of control, that kids are out of control these days, and they don’t know right from wrong,” the executive director said.

This case raises a number of questions regarding how parents discipline their children today. Should parents be permitted to use corporal punishment to teach their children right from wrong, or should they use alternative measures to teach their children lessons? Let us know what you think in the comment section below! If you or someone you know is involved in child cruelty or child abuse case, call the attorneys at Strom Law Firm for a free consultation at (803) 252-4800. You can also visit our page on defending criminal domestic violence for more information. We understand that being charged with child abuse or neglect does not mean you are guilty, and we are here to help.